Will Rahul Gandhi be PM in 2019? Oh yes, 300 per cent, says Jyotiraditya Scindia

The Madhya Pradesh Congress is determined to wrest the state back from the BJP, which has been in power for the past 14 years. The Congress has been on an upward trajectory for the past one-and-a-half years, winning both the Lok Sabha and Assembly by-elections. It has also addressed issues like infighting, energising party workers and preparing an agenda for development, while leaving the decision on whether to announce a chief ministerial face to the party high command, senior leader Jyotiraditya Scindia tells The New Sunday Express in an exclusive interview. 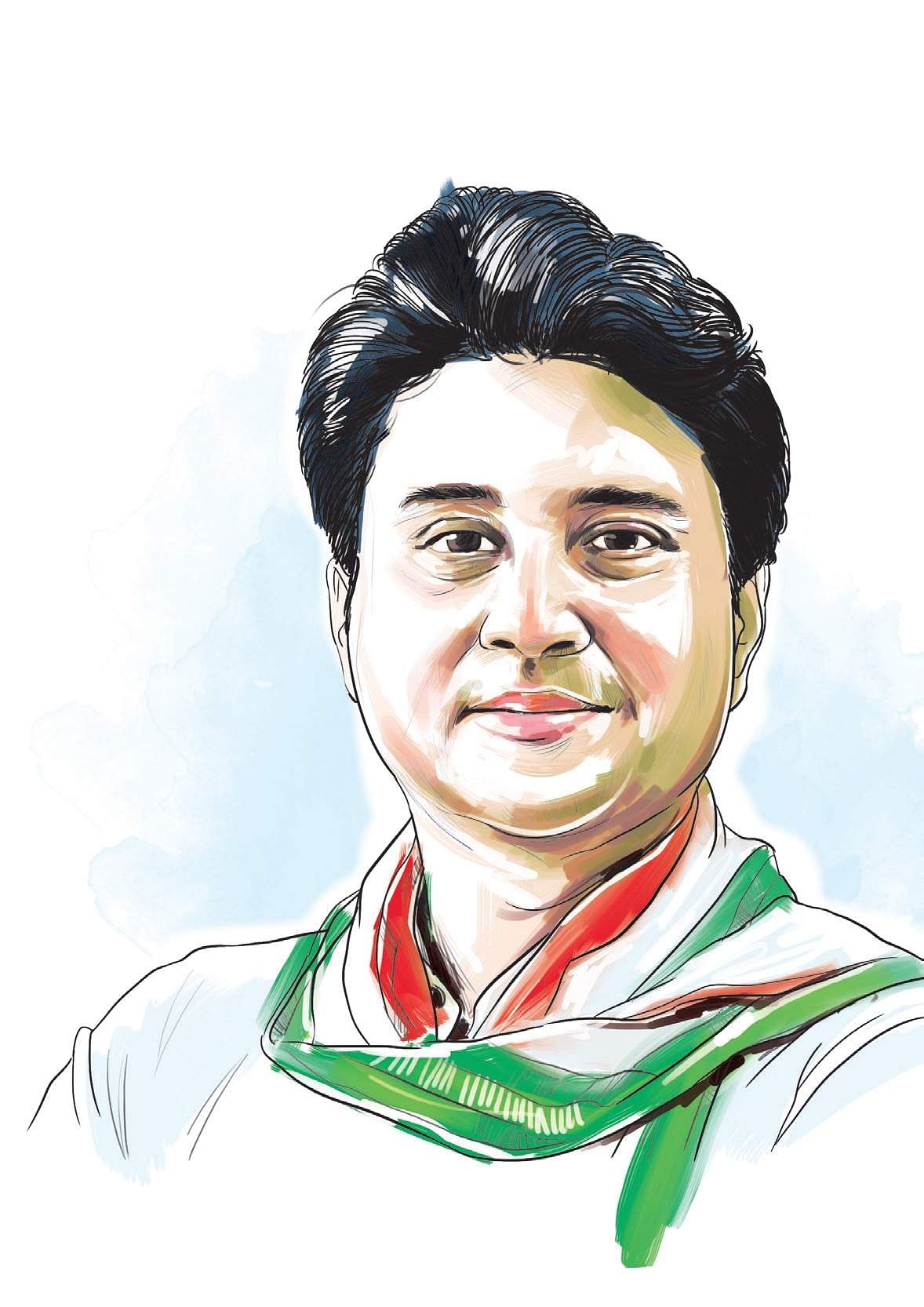 To begin with, how would you assess the Congress’ prospects in the year-end Madhya Pradesh Assembly elections given the recent wins in the Kolaras and Mungaoli bypolls falling in your region?

Well, I am certain the Congress will come back to power in the state. Not only these two bypolls, the party won six out of 16 bypolls over the past 14 years and three out of five in the past one year alone. Besides, we also won two Lok Sabha bypolls, Jhabua and Chitrakoot. The people are fed up with the Shivraj Singh Chouhan government and are looking for a change.

The Chief Minister and a battery of his ministers had campaigned for the two bypolls and made them a prestige issue. The results, thus, mark the consolidation of the Congress in the state ahead of the Assembly elections in November. The BJP tried all the tricks, including money power, to hijack the bypolls. For the first time, a sitting CM was rebuked by the Election Commission for electoral malpractices. We were able to remove 26,000 fake voters from the rolls in each of the two Assembly seats.

Is the Congress, which has remained a divided house in Madhya Pradesh for long, ready to cash in on the opportunity?

Certainly. We have taken care of the unity factor. We have been meeting regularly and devising strategies for the past 18 months. That area of improvement has been bridged and we are already working like a team. I would like to take this opportunity to thank all the senior leaders, including Kamal Nathji, Suresh Pachauriji, Ajay Singhji, Kantilal Bhuriaji and state unit chief Arun Yadavji who came and campaigned along with me in Kolaras and Mungaoli seats.

ALSO READ | Under united Opposition, even Modi may lose Varanasi in 2019: Rahul Gandhi in Karnataka

Besides, we are also working on a charter for Madhya Pradesh that will focus on holistic development for the people. The main focus of the Congress will be on addressing burning issues like farm distress, unemployment, safety of women, SCs and STs, and cleaning up the health care and education system. At the same time, we are also energising our grassroots workers.

Will you be the Congress’ chief ministerial face? You recently made a remark that the party should announce a name before the polls.

Well, what I said was in reference to all states and not only Madhya Pradesh. But every state has its own dynamics, and strategies are framed accordingly. The rubric of politics has changed and, even in the local polls, people want to know who they are reposing their trust in or whether we can fight the polls collectively. Where does Madhya Pradesh fall in these two categories, I do not know. It is for the high command to decide. I am a soldier of the party and will perform any duty given to me.

Coming to the national scene, how prepared is the Congress for the 2019 Lok Sabha elections? Is it going to be ‘my corruption versus your corruption’ kind of battle against the BJP?

Our stand against corruption has been consistent. Today, our leaders are being hounded but if you see, when there were allegations against UPA ministers, they demitted office. But nothing of the sort is happening now, even as the number of scandals against this government is tremendous. New scams are tumbling out every day.

This government is in the driver’s seat but keeps looking at the rear-view mirror. The BJP keeps asking the Congress what it did in the past 60 years. But we would like to ask the Prime Minister what he has done over the past 48 months. This government has failed miserably on every single parameter, including foreign policy. But one thing this government has done successfully is to rename the previous UPA’s schemes. However, as the Prime Minister has realised that none of his announcements will be realised by 2019, he is shifting the targets to 2022. It is time for him to be accountable.

But isn’t it strange that the BJP still manages to get votes?

No. The BJP has lost in states like Bihar, Punjab, Delhi and West Bengal in the past few years. They have not been able to handle the economy well—see the unemployment crisis and how the manufacturing and service sectors are down. And please don’t forget we gave an average of 7.9 per cent economic growth when in power. This is almost impossible for any government. We know how to walk the talk. We have done it in the past and we will do it again.

You work closely with Congress chief Rahul Gandhi. When is he unveiling his party revamp plan?

Rahulji keeps telling us that we should never undermine our opponent and should work on our strengths. He is working on a blueprint and it will be unveiled in the coming days. As for the organisation, I think he has been introducing incremental changes over the past one year and it is likely to remain that way. He wants to build a nation based on fundamentals and the strength of constitutional democracy. The soul of India lies in a secular and liberal social and political order, and the body includes economy, agriculture and small industry, which have to be strengthened and made resurgent. The BJP is working against this principle.

Now we are on Telegram too. Follow us for updates
TAGS
congress BJP Jyotiraditya Scindia Madhya Pradesh Congress