Journalist killed in Bihar by local politician’s husband after a dispute over news; cops begin probe amid protests

Efforts are on to nab the father-son duo who are absconding, the SP said adding that villagers had also vandalised the house of the ex-village head.

PATNA: A journalist of a Hindi daily newspaper and his friend were allegedly murdered by a former mukhiya’s husband in Bihar’s Bhojpur district late on Sunday night after a dispute originating from news coverage by the journalist.

Naveen Nishchal, 35, who worked with a Hindi newspaper, and his friend Vijay Singh, 25, were riding a bike when they were crushed to death under the wheels of a Scorpio car allegedly driven by Ahmed Ali alias Harsu, the husband of the former mukhia (elected village head) of Garhani panchayat, Sanzida Parveen.

Bhojpur SSP Avakash Kumar said Harsu was arrested on Monday and that a hunt is on to nab the other accused in the case. Angry residents blocked the Ara-Sasaram state highway for hours demanding immediate arrest of all the culprits. 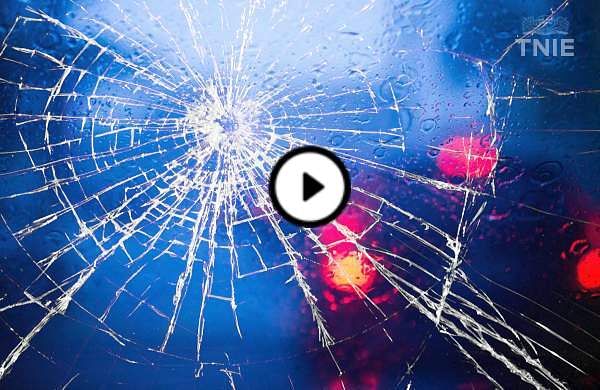 “The two men were deliberately crushed to death by the Scorpio in a bid to make the murders look like a simple road accident,” said Rajesh Kumar, the younger brother of Naveen Nischal, who named Harsu and his son Dabloo Alam among the accused in the FIR. “The former mukhia and her husband had been very angry with him (Nischal) after some dispute related to the coverage of news,” added Rajesh Kumar, who works with Patna district police.

Soon after the two men were crushed to death near Nahsi village by the SUV, which belongs to Harsu, local residents stopped the SUV and set it afire while its occupants managed to flee. The angry locals were dispersed by police at about 11 PM.

Nishchal and his friend were returning home on a bike after covering news of Ram Navmi processions in the area when the incident happened, said sources.

He had gone to have paan & got into argument with someone. While returning, he was hit by a Scorpio being driven by Harsu (husband of former village head). There were 2 bikes behind it. He fled from spot on one of the bikes. It's a conspiracy: Nikhil,son of one of the journalists pic.twitter.com/YtxKQ4JUw2

“A few minutes before the incident, the journalist had had an argument with some men in the bazaar, it is learnt. A special investigation team (SIT) formed to probe the case has started work. A forensic science team from Patna has collected evidence from the spot,” said SSP Avakash Kumar.

A murder case has been registered based on the FIR lodged by Nishchal’s brother. Main accused Harsu’s son Dabloo Alam also figures among those named accused. Dabloo and his brother Maqbool Alam had reportedly come out of jail on bail recently.

Bihar ADGP (headquarters) SK Singhal said: “All angles of the case are being probed deeply. The matter will be clear in a day or two”.

Stay up to date on all the latest Nation news with The New Indian Express App. Download now
(Get the news that matters from New Indian Express on WhatsApp. Click this link and hit 'Click to Subscribe'. Follow the instructions after that.)
TAGS
journalists killed Scorpio burned murder Dainik Bhaskar