The BJP favours a tie-up with the AGP in the panchayat polls but the regional party appears opposed to the idea.

GUWAHATI: An uncertainty looms large over alliance between allies BJP and Asom Gana Parishad (AGP) ahead of the ensuing Assam panchayat elections, expected in April.The BJP favours a tie-up with the AGP in the panchayat polls but the regional party appears opposed to the idea. Back in 2016, the two parties had come together and formed the Sarbananda Sonowal government with the support from the Bodoland People’s Front (BPF). 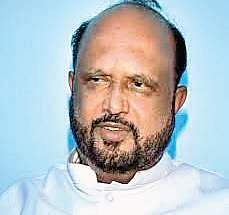 The AGP is wary of upsetting its grassroots workers who are miffed with the BJP for its ‘big brother’ treatment. They are also angry for not getting due recognition and respect from the BJP.Another factor for heartburn is the Centre’s move to grant citizenship to non-Muslim immigrants from Bangladesh. The AGP was born out of a six-year-long anti-outsider agitation — spearheaded by the All Assam Students’ Union — in the 1980s.

Recently, BJP national president Amit Shah had favoured his party’s alliance with the AGP and the BPF in the panchayat elections. But, AGP leader and former Chief Minister Prafulla Kumar Mahanta said he was not bothered about Shah’s opinion. “Amit Shah is not my leader and, hence, I am not concerned about what he said. Our course of action will be decided by our party workers. Most of our district committees have already expressed reservation against the alliance with the BJP. They want us to fight it alone.”

AGP president Atul Bora said the party would take a call on the alliance following a booth level workers’ meet on April 5.During an internal meeting, Shah had insisted on the party’s continuance of ties with the AGP. He had said if the AGP fought the polls separately, the party would take into confidence social organisations opposed to the citizenship move.