With students protesting over the leaks of Class 10 Maths and  Class 12 Economics question papers, the Delhi Police has rounded up 30 persons for interrogation.

Union HRD Minister Prakash Javadekar yesterday said that the CBSE was likely to announce on Monday or Tuesday the re-examination dates for the Class 10 Mathematics and the Class 12 Economics papers which were leaked earlier this week.

READ HERE | Journey of CBSE question papers: Here's all you need to know

Meanwhile, affected students on Friday continued their protests outside the CBSE office in Delhi. The Delhi Police is currently interrogating 30  people (students and teachers of private coaching centres) and a private tutor from a Rajinder Nagar coaching centre over the question paper leaks. However, no arrests have been made so far, according to the police. The paper leaks are so far confined to the New Delhi region, but have suffered the wrath of CBSE students across the country.

HERE ARE ALL THE DEVELOPMENTS SO FAR 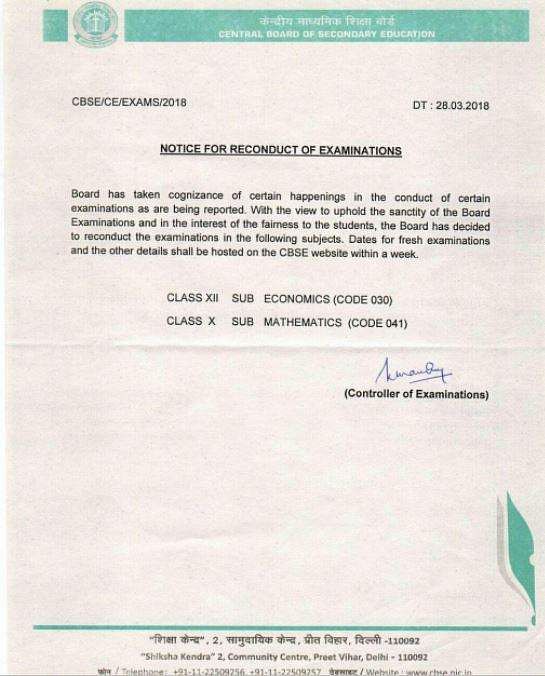 Stay up to date on all the latest Nation news with The New Indian Express App. Download now
(Get the news that matters from New Indian Express on WhatsApp. Click this link and hit 'Click to Subscribe'. Follow the instructions after that.)
TAGS
board exams class 12 exams CBSE paper leak CBSE leakgate class 10 Exams CBSE re-exam