Unable to get their hands on the boy, the mob started chanting anti-police slogans, but Singh managed to get the boy to safety by then.

LUCKNOW: In an act of bravery,  a Sikh sub-inspector averted a possible communal flare-up by saving a Muslim youth from the fury of lynching mob near a temple in Ramnagar district of Uttarakhand on late Tuesday.

The videos of the valour of the police officer created quite a buzz on social media drawing an all-round appreciation for the cop.

As per the local sources, last Tuesday, Sub-Inspector Gagandeep Singh received an alert of a communal build up near Girija Devi temple, some 14-15 km from main Ramnagar city as a Muslim youth who had come to meet his girlfriend in the temple was caught by the local mob which was objecting to his relationship with the girl who was Hindu. 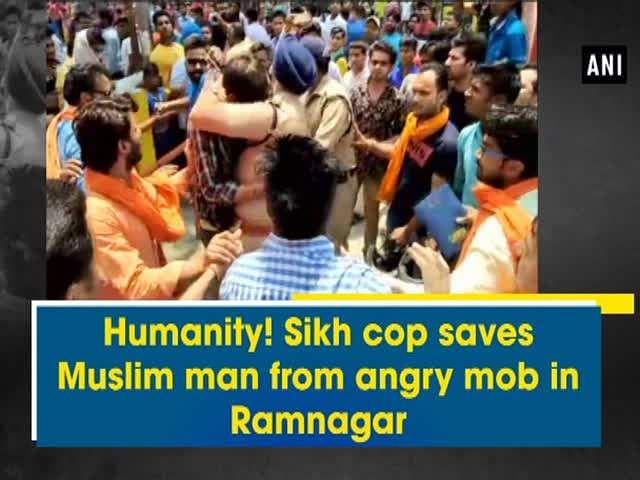 In fact, Girija temple, a quite small temple built in the middle of a forest away from the hustle and bustle of the city. Though thronged by the local people in good number, it also serves as the rendezvous for the couple seeking to be away from prying eyes the couple believably decide to meet at the temple on May 22 but caught the attention of local people who objected to their relationship after knowing their religious credentials.

Meanwhile,  members of some frenetic Hindu organisation also got the air of it and reached the temple. While the mob surrounded the Muslim youth and tension building up, SI Gagandeep Singh reached the spot and shielded the boy from the mob, which had started getting violent. Unable to get their hands on the boy, the mob started chanting anti-police slogans, but Singh managed to get the boy to safety by then.

Later the police took the couple to the police station where the girl was handed over to her parents.