In strong observation on the practice in some states of giving life-time official accommodation to former CMs, the SC said public office held earlier could not be a ground to give special privileges.

LUCKNOW:  The Supreme Court order stripping the former CMs of special privileges and striking down the provision of accommodation to them has come as a bolt from blue to majority of them. Consequent to the apex court order, six UP CMs --  Mulayam Singh, Mayawati, Rajnath Singh (now Union home minister) and Kalyan Singh, who is currently Rajasthan governor, Akhilesh Yadav and ND Tiwari -- are set to lose their swanky bungalows at prime locations in state capital. 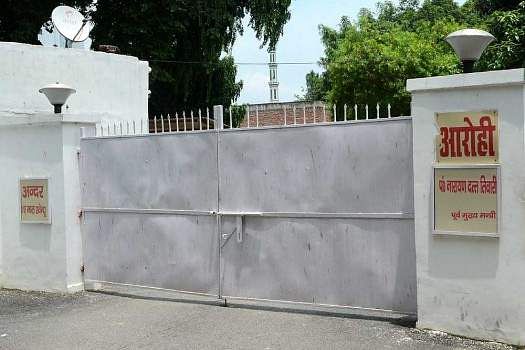 However, name of Ammar Rizvi, who has been acting CM twice in the past, has also been added to the list of those who have to vacate the government accommodation. Interestingly, the ruling hit Akhilesh Yadav and Mayawati who are not the members of either Parliament or UP legislature.

Notably, the apex court bench comprising, Justices Ranjan Gogoi and R Banumathi passed an order on May 7, 2018 to the effect that after demitting office, ex-CMs should be at par with common citizens. In strong observation on the practice in some states of giving life-time official accommodation to former CMs, the bench said public office held earlier could not be a ground to shower special privileges or create a separate class of citizens.

“The chief minister, once he or she demits office, is at par with the common citizen, even if by virtue of the office held, the person may be entitled to security and other protocols. But allotment of government bungalow, to be occupied during life-time, would not be guided by the constitutional principle of equality,” the court said.

In the light of the SC order, only two BJP ex-CMs – Kalyan Singh and  Rajnath Singh— of the seven, who have been served eviction notice by the state government incompliance with the order,  have shown willingness to vacate the swanky bungalows they have been occupying after demitting the office.

Taking the lead, while Kaylan Singh has already started the process of shifting, Rajnath Singh too is on his way out of 4, Kalidas Marg, his abode in Lucknow. His private residence in Gomtinagar area is being spruced up and his is believed to shift there by this month end.

On the contrary, the for SP CMs—Mualyam Singhyadav and his son Akhilesh—are making last ditch effort to retain their palatial bungalow on Vikramaditya Marg by approaching the apex court seeking at least two years time to vacate respective accommodations.

Soon after receiving the state government’s eviction notice, SP partriarch and former UP CM Mulayam Singh Yadav had met CM Yogi Adityanath but failed to cut much ice. Subsequently, he along with Akhilesh filed a petition in SC on May 28 seeking at least two years time to vacate the accommodations. The plea father-son duo have taken pertains to security concerns, age factor in case of Mulayam and Akhilesh being the chief of one of the most prominent political parties in the state.  Their main plea being that they don’t have a personal property in Lucknow and need two years’ time to look for a rented one. 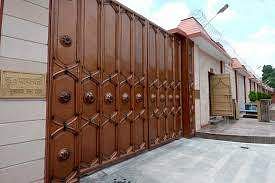 She also mentioned in the letter that she was occupying two rooms in 13 Mall Avenue so as to supervise the maintenance of the memorial which has statues, murals and other material related to the life of BSP founder president.

On the contrary, all her affidavits and other documents filed at the time of RS polls show 13 A Mall Avenue as her address in Lucknow.

The Supreme Court while delivering the verdict, quashed Section 4(3) of UP Ministers (Salaries, Allowances and Miscellaneous Provisions) Act, which was legislated by the SP government in 2016 for allotting official bungalows to former CMs and termed it arbitrary and violation of constitutional principles.

As per the provision, a government residence shall be allotted to a former CM for lifetime, on payment of such rent as may be determined from time to time by the estate department of the state.

“Undoubtedly, Section 4(3) of the 1981 Act would have the effect of creating a separate class of citizens for conferment of benefits by way of distribution of public property on the basis of the previous public office held by them,” said the court.