The 18-year-old victim had called up his brother on Tuesday night stating that he was kidnapped and urged him to rescue him. 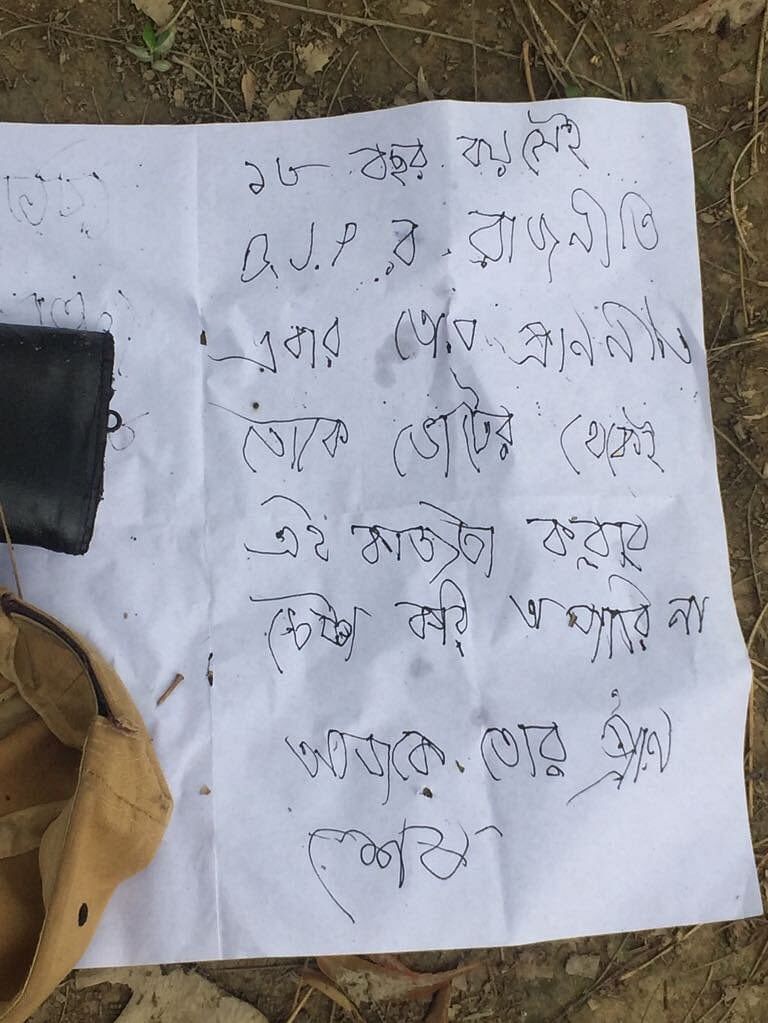 KOLKATA: Reminiscent of Maoist insurgency days, a BJP youth leader was found hanging by the neck with a poster stuck on his back stating that he was punished for working for the saffron party, in Balarampur of Purulia district of West Bengal on Wednesday.

The victim Trilochan Mahato (18) had called up his brother on Tuesday night stating that he was kidnapped and urged him to rescue him. However, despite police searching the entire night they could not trace him anywhere.

The dead body of the victim was found hanging by a tree with a poster stuck to his back. “Being involved with BJP politics at the age of 18 claimed your life. I have been searching for you since the elections and now you are dead,” read the handwritten poster in Bengali. The body has been sent for post-mortem and police are investigating the case.

Reacting to the death of the BJP worker, party president Amit Shah took to Twitter to blame the Trinamool Congress government for the killing.

"Deeply hurt by the brutal killing of our young karyakarta, Trilochan Mahato in Balarampur,West Bengal. A young life full of possibilities was brutally taken out under state’s patronage. He was hanged on a tree just because his ideology differed from that of state-sponsored goons," he wrote.

Deeply hurt by the brutal killing of our young karyakarta, Trilochan Mahato in Balarampur,West Bengal. A young life full of possibilities was brutally taken out under state’s patronage. He was hanged on a tree just because his ideology differed from that of state sponsored goons. pic.twitter.com/nHAEK09n7R

"The present TMC govt in West Bengal has surpassed the violent legacy of Communist rule. Entire BJP mourns this tragic loss and stands firmly with Trilochan Mahato’s family in this hour of grief. His sacrifice for organisation and ideology will not go in vain. Om Shanti Shanti Shanti," he added.

"A life was lost at such a ripe age. What was his fault? Just that he supported BJP. Madam's activities resemble somewhat to that of Hitler. My condolences to the family of Trilochan Mahato who was killed by Trinamool's goon army. #TMChhi," he wrote.

Demanding CBI inquiry into the death, BJP national secretary Rahul Sinha stated that the murder was an outcome of TMC insecurity after the saffron party did well in the panchayat elections in the western districts of the state that were formerly affected by Maoist insurgency.

BJP won all the Gram Panchayat seats in Balarampur area of Purulia district and also registered victories in large number of Gram Panchayats in Jhargram and Bankura districts, which witnessed over 700 deaths during the peak of Maoist violence from 2008-11. Several CPM workers were killed and the reason of their deaths handwritten in posters stuck on their backs during the 2008-11 Maoist insurgency period.

Now we are on Telegram too. Follow us for updates
TAGS
BJP Amit Shah TMC West Bengal BJP leader killed