Survival International said Chau’s body should be left alone, as should the Sentinelese. The weakening of the restrictions on visiting the islands must be revoked.

PORT BLAIR: International pressure is mounting on Andaman and Nicobar administration to call of efforts to retrieve the body of John Allen Chau from North Sentinel island as many strongly believe that such efforts might prove disastrous for the tribal inhabitants of the island. 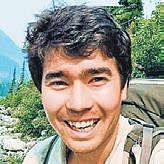 “The rights and the desires of the Sentinelese need to be respected and nothing is to be achieved by escalating the conflict and tension, and worse, to creating a situation where more harm is caused,” the joint statement said. The statement added that they were not aware of any pressures under which the Government of India and the A&N administration was pursuing to retrieve the body.

Meanwhile, Survival International’s Director Stephen Corry on Tuesday issued a statement which says, “We urge the Indian authorities to abandon efforts to recover Chau’s body. Any such attempt is incredibly dangerous, both for the Indian officials and also for the Sentinelese, who face being wiped out if any outside diseases are introduced.”

International NGO says ‘stay off’
Survival International said Chau’s body should be left alone, as should the Sentinelese. The weakening of the restrictions on visiting the islands must be revoked, and the exclusion zone around the island properly enforced, it said

Now we are on Telegram too. Follow us for updates
TAGS
John Allen Chau North Sentinel island