Judges are now refusing to attend functions and in some cases where a commitment to attend was already given by the concerned judge, he/she is informing the CJI of the same.

NEW DELHI: In line with the suggestion of Chief Justice of India (CJI) Ranjan Gogoi that judges should not take off on working days, his colleagues in the Supreme Court have already started refraining from attending public functions on working days. 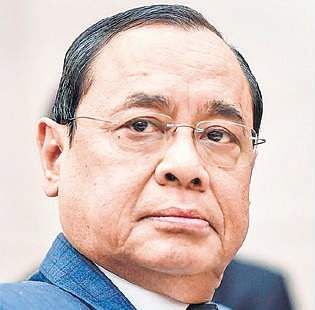 Judges are now refusing to attend functions and in some cases where a commitment to attend was already given by the concerned judge, he/she is informing the CJI of the same.The CJI’s suggestion came while he was looking at administrative reforms in a bid to cut down pendency at the apex court. He appealed to judges in high courts and the lower judiciary saying they must refrain from taking leave when courts were functioning.

There are 4.30 crore cases pending in 42 high courts, according to the National Judicial Data Grid and 55,946 cases are pending in the Supreme Court, according to its official website. Justice N V Ramana refused an invitation to address an international conference at Port of Spain and Trinidad and Tobago since the event was happening when the court would be in session.

According to the CJI, if judges attend seminars and conferences when the courts are working, not only does the work get affected but study of files for cases scheduled for the next day also suffers.The CJI also asked judges to plan holidays in advance and coordinate with ‘brother judges and CJI for leave.

Now we are on Telegram too. Follow us for updates
TAGS
Ranjan Gogoi