Children have asked the political parties to take care of their demands while drafting manifesto for the Assembly elections.

Kids want their demands in poll manifesto
Children have asked the political parties to take care of their demands while drafting manifesto for the Assembly elections. The children came together in Jaipur to make their own manifesto which they presented to seven representatives from different political parties along with 135 representatives from various NGOs. The event was organised by the Rajasthan Children Rights Protection Agency with the help of NGOs. Some of their demands were to improve the condition of aanganwadis in villages, free sanitary napkins for girls every month, electricity in rural areas so that children could study at night .

Poll panel’s selfie campaign for a cause
The Election Commission has taken up a unique initiative in which it asked the voters to take a selfie after they cast their vote and send it to their email ID. The slogan of the campaign will be ‘Selfie Le Le Re’. Three top entries from each district will be given prizes. But the process of taking a selfie is a lengthy one in which the children will have to ask their parents to sign an affidavit, promising that they will definitely vote in the elections. The affidavit will be sent to the district magistrate who will send the selfie taken on the polling day to the Election Commission’s email id. The winners will be selected later and will be awarded on the National Voters Day.

Startups for women
To promote and inspire women to start their own businesses, Creative Woman’s Startup held its introductory meeting for 1,500 women entrepreneurs. The participants will be educated on different government schemes and will also be given online counselling on business activities. “This is an era of startups, and we want the women who want to be entrepreneurs to come together and help each other,” a senior stakeholder said. In the programme, experts will guide and give information related to business opportunities from time to time. It will also help the women to gain confidence and a footing in the business world. 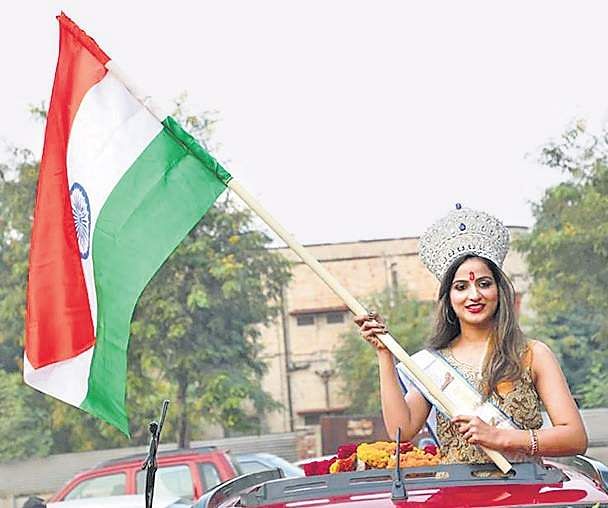 Jaipur greets Mrs India Universe
After winning Mrs India Universe crown, Jaipur’s beauty Preeti Meena returned to Jaipur on Monday. She was welcomed by a huge crowd who were eager to take selfies with her. The competition was held in Pune recently. Now, Preeti’s family members are happy to have he back to celebrate with her. Preeti said that she wanted to participate in modelling competitions since college but wasn’t able to due to family commitments, but now she has finally been able to realise her dream.  Later, she launched a poster of Mrs. Rajasthan and gave a few tips to the girls preparing for the competition. Preeti will now represent India for Mrs Universe competition in the Philippines.