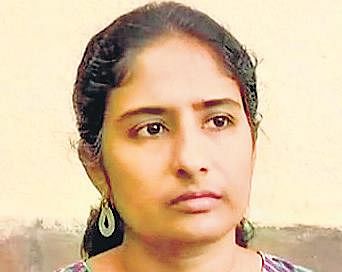 MUMBAI: In a startling revelation before the Sessions Court here on Friday, the Maharashtra Anti-Terrorist Squad (ATS) said that rationalist Narendra Dabholkar’s daughter Mukta, rationalist Shyam Manav and former Maharashtra finance minister Ajit Pawar, among others, were on the hit list of suspected Right-wing Hindu activists arrested in connection with the Nalasopara arms haul.

Avinash Pawar (30) was arrested by the ATS under the Unlawful Activities (Prevention) Act from Ghatkopar in suburban Mumbai last week. When he was produced before the court for extension of his custody, additional sessions judge Vinod Padalkar read out the case diary, which mentioned that Pawar had tracked several persons who were on the target list of a radical Hindu group for speaking against the religion.

While the ATS demanded his custody for 14 days, the court granted them his custody till September 4.
The ATS told the court that Pawar had tracked several people, including Mukta Dabholkar, social activist Shyam Manav, NCP leader Ajit Pawar as well as MLA Jitendra Avhad and a few others who were on his target list for speaking against the Hindu religion. The court, however, pointed out that there were several loose ends in the ATS case and said that the agency had not submitted all details pertaining to the investigation in the remand application or the case diary.

“Do not come to the court half-heartedly. The court cannot compromise with the accused person’s rights,” the judge said. Vaibhav Raut, Sudhanwa Gondhalekar, Sharad Kalaskar, Shrikant Pangarkar and Avinash Pawar were arrested by the ATS and booked under UAPA, IPC, Explosive Substances Act and Explosives Act.

Wangchuk on five-day climate fast, says 'will fight till my last breath'