Apex court has stood up for equality: Shashi Tharoor on decriminalising homosexuality

IN decriminalising homosexuality, the Supreme Court on Thursday stood up for equality of treatment of all Indian citizens, Shashi Tharoor MP said on Thursday.

THIRUVANANTHAPURAM: In decriminalising homosexuality, the Supreme Court on Thursday stood up for equality of treatment of all Indian citizens, Shashi Tharoor MP said on Thursday. Twice unsuccessful in the past in even introducing a private members’ bill on the issue in Parliament after being shouted down by BJP members, Tharoor said his conviction then that the judiciary was the lone hope left for the issue now stands vindicated. 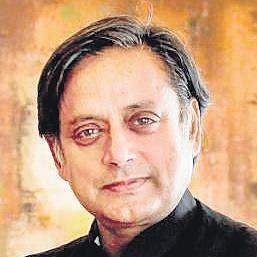 Criminal acts, compulsion, child molestation — those are still illegal and will always be illegal. But private acts between consenting adults is something which no governments should have criminalised as we have done since the days of the British Raj,” he said.

ALSO READ | Section 377: Five people, one cause, one victorious fight

Over the years, we have allowed the government to interfere in the private lives of the citizens, to discriminate against people based on their sexual orientation, and to infringe on the rights and freedoms that our Constitution has long upheld.

“The Supreme Court stood up for equality of treatment of all our citizens. It has stood up for the dignity of the citizens irrespective of the personal preferences and it stood up, ultimately, for the value of privacy which itself is a right that the Supreme Court upheld last year. To my mind, equality, privacy, dignity are the key issues here. And I deplore those who are trying to reduce it to a sniggering debate about sex,” he said.

Stay up to date on all the latest Nation news with The New Indian Express App. Download now
(Get the news that matters from New Indian Express on WhatsApp. Click this link and hit 'Click to Subscribe'. Follow the instructions after that.)
TAGS
Shashi Tharoor Section377 Homsexuality decriminalised