Awareness is next step: Keshav Suri

The biggest challenge ahead is to increase representation of the LGBT community in the society through education.

I cannot believe that we are talking about this in 2018, when the world has moved on to equality. I cannot express my happiness in words. Given a chance, I would scream in delight.

I also feel that the fact that we are able to have this conversation is only because of the amazing series of court judgments and the efforts of the lawyers who have been fighting for the cause for the past 20 years. I cannot feel better at this point of time.

The real fight, however, lies ahead. 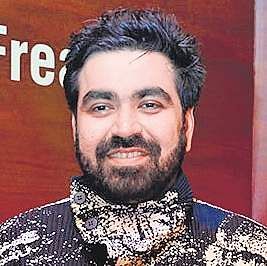 Now, we have to work to create awareness about the LGBT community. The society, on the other hand, needs to shed its orthodox thinking. The biggest challenge ahead is to increase their representation in the society through education. In India, the two biggest mass-attracting phenomena are cricket and Bollywood. I would love to see these two entities maximise their efforts in mainstreaming the LGBT community.
We need to employ counsellors in schools, colleges, mental health institutes and business places for making the people more aware and for helping the community gain acceptance in the society.

I have been doing that in my personal capacity for a long time. I have a 10-member transgender team. I have been running some inclusive policies for them, including mediclaim. My club has become like the hub for the LGBT community. Like I said, I have been making efforts for them but now with this judgment, everyone would do it.
Bigotry and homophobia exists even in the countries where there is equality for the LGBT community. What the judgment has done in India is to remove the legal backing of the discrimination. Also, now the focus will be on the change in adoption laws. Currently, many LGBT couples want to adopt children, but it is not possible under the current laws. But in the long run, this issue will also be included prominently and the demand for change in the adoption laws will be sought.

Now we are on Telegram too. Follow us for updates
TAGS
LGBTQ section 377 Keshav Suri