Section 377 ruling: What the judges said

The right to life and liberty would encompass the right to sexual autonomy, and freedom of expression. Sexual orientation is not a matter of choice. 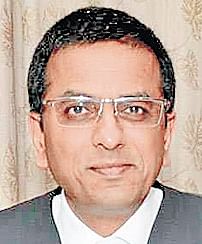 The community was ‘compelled to live a life full of fear of reprisals and persecution, on account of ignorance of the majority to recognise that homosexuality is a completely natural condition, part of a range of human sexuality. The misapplication of this provision (Sec. 377) denied them the fundamental right to equality guaranteed by Article 14 of the Constitution.

It also infringed the right to non-discrimination under Article 15, and the right to live a life of dignity and privacy guaranteed by Article 21. Sexual orientation is innate to a human being and is an important attribute of one’s personality and identity... LGBT persons have little or no choice over their sexual orientation. LGBT persons, like heterosexual persons, are entitled to ‘privacy’, and the right to lead a ‘dignified existence, without fear of persecution.

The right to life and liberty would encompass the right to sexual autonomy, and freedom of expression. Sexual orientation is not a matter of choice. It manifests in early adolescence. One’s sexuality is the result of the complex interplay between nature and nurture as no findings have conclusively linked sexual orientation to any one particular factor.

‘Fundamental rights don’t depend upon the outcome of elections’

Section 377 is the product of the Victorian era morality which is long gone and there is no reason to continue with it, especially when it enforces Victorian mores upon the citizenry of India. Section 377, in penalising consensual gay sex, is manifestly arbitrary. Given modern psychiatric studies and legislation which recognises that gay persons and transgenders are not persons suffering from mental disorder and cannot therefore be penalised, the section must be held to be a provision which is capricious and irrational. Constitutional morality always trumps any imposition of a particular view of social morality by changing majoritarian regimes.

The very purpose of the fundamental rights is to withdraw the subject of liberty and dignity of the individual, and place such subject beyond the reach of majoritarian governments, so that constitutional morality can be applied by this court to give effect to the rights, among others, of ‘discrete and insular’ minorities. One such minority has knocked on the doors of this court. These fundamental rights do not depend upon the outcome of elections. And, it is not left to majoritarian governments to prescribe what shall be orthodox in matters of social morality.

‘Respect for individual choice is the very essence of liberty’

Section 377 has become an ‘odious weapon’ to harass the LGBT community which was made ‘societal pariah’ by subjecting them to discrimination and unequal treatment. Individual has sovereignty over his or her body and can surrender autonomy wilfully to another individual and their intimacy in privacy is a matter of their choice. Such concept of identity is not only sacred but is also in recognition of the quintessential facet of humanity in a person’s nature.

Consensual carnal intercourse among adults, be it homosexual or heterosexual, in private space, does not in any way harm the public decency or morality. Therefore, Section 377 IPC in its present form violates Article 19(1)(a) of the Constitution.

The respect for individual choice is the ‘very essence’ of liberty and criminalising carnal intercourse is “irrational, indefensible and manifestly arbitrary. The role of the courts gains more importance when the rights which are affected belong to a class of persons or a minority group who have been deprived of basic rights since time immemorial. Constitutional morality cannot be martyred at the altar of social morality, and it is only constitutional morality that can be allowed to permeate into Rule of Law.

‘Sexual and gender based minorities cannot live in fear’

Denial of right to sexual orientation is akin to denial of right to privacy. Section 377 has consigned a group of citizens to ‘the margins’, due to which the members of LGBT community were relegated to the anguish of being ‘closeted identities’. Sexual and gender based minorities cannot live in fear, if the Constitution has to have a meaning for them on even terms. In its application to adults of the same sex engaged in consensual sexual behaviour, Section 377 violates the constitutional guarantee of the right to life and to the equal protection of law.

Even after Independence, citizens belonging to sexual minorities ‘have waited’ as their fundamental freedoms remained restrained under an ‘antiquated and anachronistic colonial-era law’  forcing them to live in hiding, in fear. The Constitution neither demands conformity, nor contemplates the main-streaming of culture as it ‘nurtures dissent as the safety valve for societal conflict’. Sexual orientation was recognised and protected by the Constitution... By imposing the sanctions of the law on consenting adults involved in a sexual relationship, it has lent the authority of the state to perpetuate social stereotypes and encourage discrimination.

Now we are on Telegram too. Follow us for updates
TAGS
Section 377 LGBTQ Supreme Court verdict section 377

Uttar Pradesh gears up for bypolls in Mainpuri, Khatauli, Rampur: All you need to know