UP Cabinet minister Srikant Sharma said the government would look into matter as the irregularities had been red flagged by the CAG. 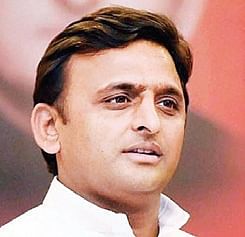 LUCKNOW: The Comptroller and Auditor General (CAG) has indicted the previous Samajwadi Party government led by Akhilesh Yadav for irregularities worth Rs 97,000 crore under different departments during its rule.

As per the sources, the CAG report on state finance pertaining to the period 2014-2017 shows the amount unaccounted, the expenditure of which has not been substantiated by details as departments could not submit the money utilization certificates of Rs 97,906.72 crore.

The report claimed that a total of over 2.5 lakh utilisation certificates had been pending between 2014 and March 2017.

Social Welfare, Panchayati Raj and education departments have been shown as major defaulters. While social welfare could not explain expenditure of Rs 26,927.49 crore, education department failed to produce utilisation certificates of Rs 25,693.52 crore followed by the Panchayati raj department wherein the biggest amount to the tune of Rs 25,4990.95 crore went unaccounted.

However, the CAG report cautioned that the non-issuance of utilisation certificates of such huge amounts by various departments heightened the risk of misappropriation of funds.

UP Cabinet minister Srikant Sharma said the government would look into the matter as the irregularities had been red-flagged by the CAG.