According to the Bureau of Immigration Bangladesh national, Ferdous Ahmed was in violation of visa norms and hence home ministry has cancelled his business visa and issued him a Leave India notice.

KOLKATA/NEW DELHI:  The Centre on Tuesday cancelled Bangladeshi actor Ferdous Ahmed’s visa for campaigning for the Mamata Banerjee-led Trinamool and ordered him to leave India, officials said, adding that the actor was also blacklisted . After receiving a report from the Bureau of Immigration regarding visa violations committed by Ahmed, the Ministry of Home Affairs cancelled his business visa and issued him a ‘Leave India’ notice. 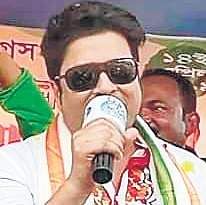 An MHA official added that the Foreigner Regional Re gistration Office (FRRO) has been directed to ensure compliance. Several TV channels and regional media showed images of the film star campaigning for Trinamool’s Lok Sabha candidate Kanhaiya Lal Agarwal from Raiganj in North Dinajpur district. The MHA issued the order in the evening, hours after it sought a report from FRRO, Kolkata, asking if Ahmed had violated his visa’s conditions. Reacting to the development, Partha Chatterjee, the secretary general TMC said, “This is an issue related to external affairs, I will not make any comment on it.” This is perhaps the first time in Bengal politics that a foreign national was seen seeking votes for a domestic candidate. He was accompanied by two Bengali actors.

The matter came to light after the Bharatiya Janata Party (BJP) complained to the Election Commission. “Inviting Ferdous clearly establishes that for Mamata Banerjee , everything has to come from across the border. She always says that people from across the border are welcome while opposing National Register of Citizens,” said Sishir Bajoria, a BJP leader in Kolkata. When asked earlier in the day, the Trinamool leadership said, “Ferdous is a popular actor in Bengal as well... When other political parties are inviting stars, why it is wrong if we invite someone from our friendly neighbour?” asked a TMC leader.