The complainer, Swamy has been alleging since 2015 that Gandhi is a British citizen.

The Ministry of Home Affairs (MHA) on Tuesday issued a notice to Congress President Rahul Gandhi over his citizenship after receiving a complaint from Rajya Sabha MP Subramanian Swamy.

MHA has asked Gandhi to explain his factual position over that complaint about his citizenship in a fortnight. 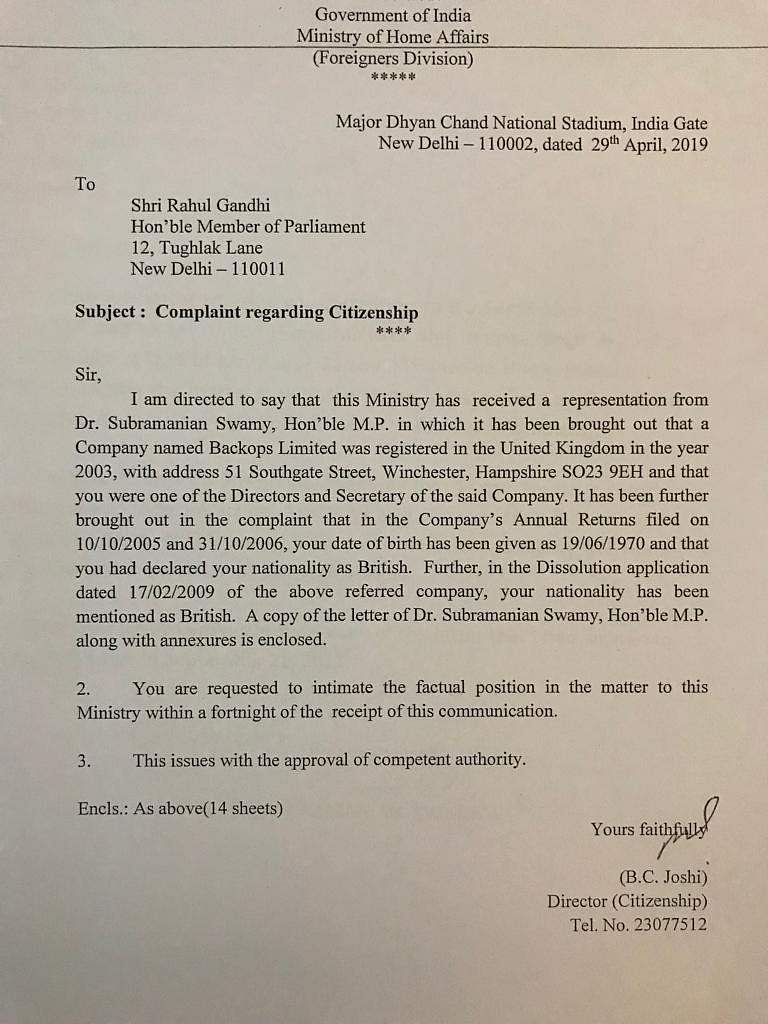 The letter says , "I am directed to say that this Ministry has received a representation from Dr Subramanian Swamy, in which it has been brought out that a company named Backops Limited was registered in the United Kingdom in the year 2003, with address 51 Southgate Street, Winchester, Hampshire SO23 9EH and that you were one of the directors and secretary of the said company," says the letter from BC Joshi, Director, Citizenship, in the home ministry.

The complainer, Swamy has been alleging since 2015 that Gandhi is a British citizen. Later in 2016,  Gandhi accused the BJP leader of misleading the nation and had challenged him to substantiate his claims with documentary proof.