The ex-Union Minister is currently undergoing treatment in the ICU under a team of specialists and is 'haemodynamically stable', the AIIMS said in a statement.

NEW DELHI: Former finance minister and senior BJP leader Arun Jaitley was hospitalized at the All India Institute of Medical Sciences (AIIMS) on Friday after complaining of palpitations and restlessness.

“Arun Jaitley is currently undergoing treatment in the intensive care unit under the supervision of a multidisciplinary team of doctors. At present, he is haemodynamically stable,” said a statement issued by the AIIMS authorities.

According to officials, Jaitley was admitted at AIIMS around 10 am to the Cardio-Neuro-Centre of the hospital. Another official from AIIMS said that a team of senior doctors, including a cardiac, oncologist and a nephrologist, is taking care of him. 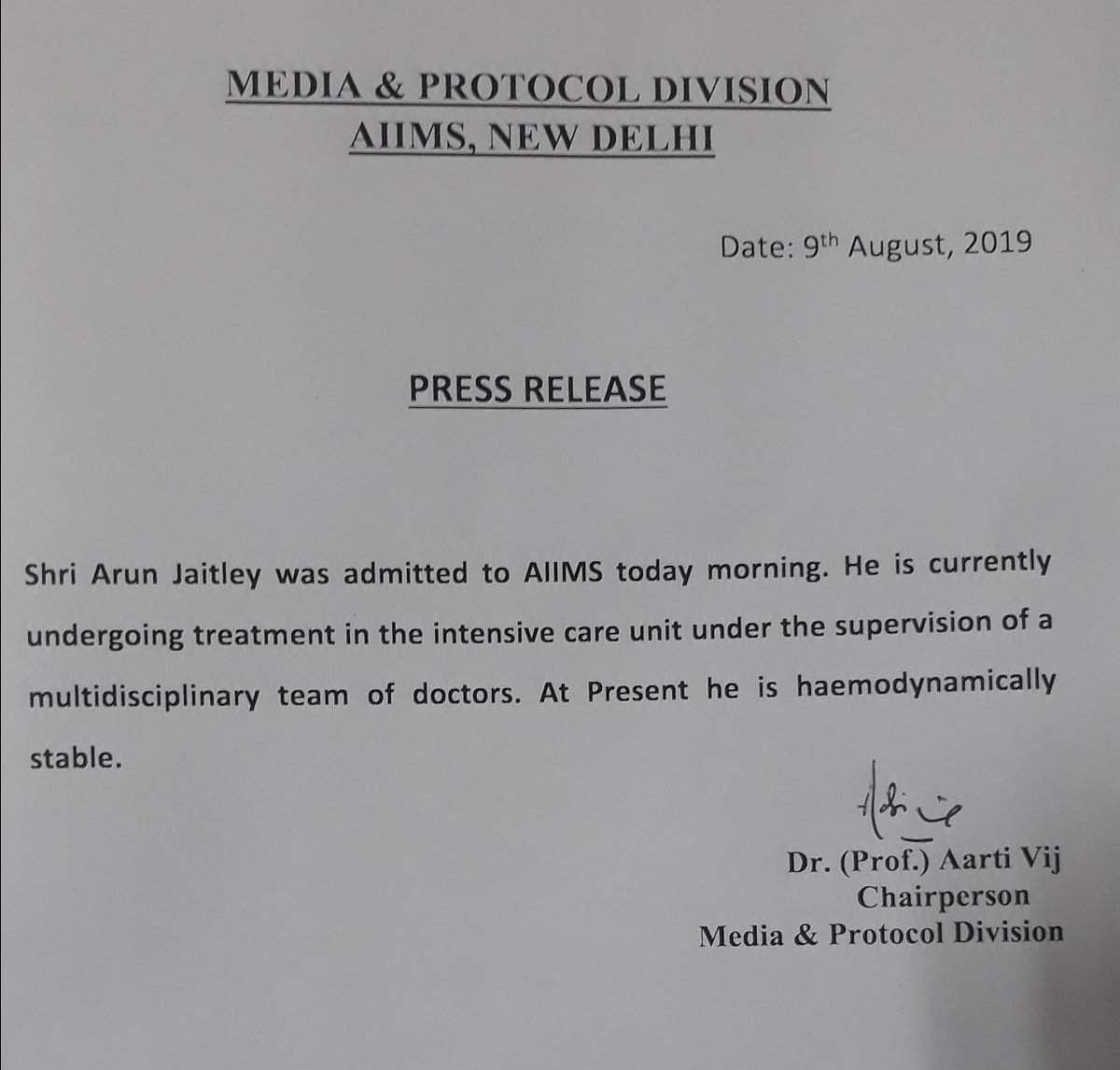 A lawyer by profession, he has been the most important leader in Modi’s Cabinet during his first tenure and often acted as the chief troubleshooter for the government.

Jaitley did not contest the Lok Sabha elections of 2019, presumably because of his ill health.

He had undergone the renal transplant in May last year with Piyush Goyal filling in for him at the time and even presenting the interim Budget in the run-up to the Lok Sabha polls.

Jaitley, who had stopped attending office since early April 2018, was back in the finance ministry on August 23, 2018.

Earlier this year, Jaitley had travelled to the US for a reported rare cancer Sarcoma, a soft tissue cancer in his left leg owing to which he couldn’t present the interim Budget in February.

Earlier, in May again, Jaitley was admitted to AIIMS for a day. However, the reason was not disclosed.

In September 2014, Jaitley underwent bariatric surgery to correct the weight he had gained because of a long-standing diabetic condition.

Stay up to date on all the latest Nation news with The New Indian Express App. Download now
(Get the news that matters from New Indian Express on WhatsApp. Click this link and hit 'Click to Subscribe'. Follow the instructions after that.)
TAGS
Arun Jaitley AIIMS Delhi BJP