Taking a dig at the opposition party, the BJP went on to name leaders such as Sonia Gandhi and Rahul Gandhi.

NEW DELHI: Stating that P Chidambaram has joined the "Out On Bail Club", the BJP on Wednesday said the Congress' reaction following the Supreme Court's bail to the former minister in a money laundering case was a "classic case" of the party celebrating corruption.

Taking a dig at the opposition party, the BJP national spokesperson Sambit Patra on Twitter went on to name leaders such as Sonia Gandhi and Rahul Gandhi. 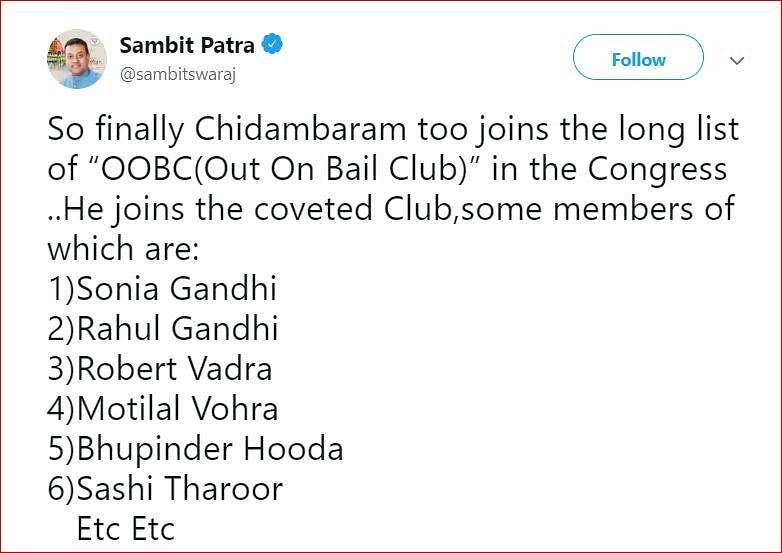 Chidambaram, 74, was granted bail by a three-judge apex court bench after 105 days in custody.

He was arrested by the CBI on August 21 in the INX-Media corruption case.

On October 16, the Enforcement Directorate arrested him in the money-laundering case.