The decision was taken after a suggestion from Lok Sabha Speaker Om Birla, according to the sources.

NEW DELHI:  Members of Parliament unanimously decided to give away the subsidy that they have been availing at Parliament canteens. The move will save an annual amount of nearly Rs 17 crore.
Sources said the decision was taken after a suggestion from Lok Sabha Speaker Om Birla. In a meeting of Lok Sabha’s Business Advisory Committee, members of all parties agreed to do away with food subsidy in the canteen. 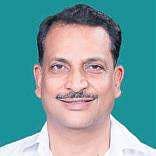 As per the subsidised rates, a vegetarian ‘thali’ (platter) costs 30, while non-veg ‘thali’ costs Rs 60 in the Parliament canteen. Sources estimated that the price of meals is likely to at least double — a plate of biryani, which now costs `56, will be at least Rs 112 after the move. There are currently five canteens in the Parliament complex run by the Indian Railway Catering and Tourism Corporation.

Meals at these canteens are available for lawmakers, officials working at the premises and visitors. `193 cr spent on repairs of MP homesThe government has spent Rs 193 crore to renovate and repair bungalows of MPs in the last four years. The Ministry of Urban Affairs said there is no expenditure limit prescribed for such renovation and repair of residences of MPs by Central Public Works Department.

“During the last three years and current year, an expenditure of `193 crore has been incurred on renovation/repair of residences of MPs. Flat type-wise expenditure details are not maintained,” the ministry informed the Lok Sabha on Thursday. There are nearly 800 MPs comprising both the Houses and different categories of accommodation are provided for them. Bungalows are provided to either ministers or those lawmakers who have won several times. First-timers get flats in north and south blocks of Lutyens’ zone. Sources said a house or flat gets renovated when a new member enters, which is  once in five years.

More from Nation.
Now we are on Telegram too. Follow us for updates
TAGS
Parliament canteen subsidy