Mann has his task cut out as AAP slips, new third alternative emerging in Punjab

Comedian-turned-politician Bhagwant Mann, who has taken charge as Aam Aadmi Party president in Punjab once again ahead of Lok Sabha elections, has his task cut out.

CHANDIGARH: Comedian-turned-politician Bhagwant Mann, who has taken charge as Aam Aadmi Party president in Punjab once again ahead of Lok Sabha elections, has his task cut out. 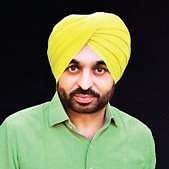 AAP is facing a crisis in Punjab which continues to deepen, dimming the party’s chances of becoming the third alternative in the state. At one time, AAP had emerged as the front runner as apart from the locals it had the overwhelming support of Punjabi NRIs. But as non-Punjabis, who had no understanding of the state’s dynamics, controlled AAP’s state unit, it damaged the party and it got just 20 seats in the 2017 Assembly elections. It also lost the municipality, panchayat and all other bypolls and has been witnessing a downslide since then.

Political analysts, Kuldeep Singh of Guru Nanak Dev University said, “Obliviously there was a space for a third front where the AAP was a key player. However factors like internal bickering and the AAP shedding its lofty principles, have badly damaged its image and at this juncture there are no visible signs of AAP emerging as a third alternative.’’

The AAP’s woes have been compounded by the fact that its firebrand MLA and former Leader of the Opposition Sukhpal Singh Khaira recently floated his own Punjab Ekta Party. He has the support of five other AAP MLAs.  In fact, the Punjab Democratic Alliance comprising Khaira’s party, Dr Dharam Vira Gandhi’s Punjab Manch, the Lok Insaaf Party and Shiromani Kalai Dal (Taksali) are emerging as a third front in Punjab.

Stay up to date on all the latest Nation news with The New Indian Express App. Download now
(Get the news that matters from New Indian Express on WhatsApp. Click this link and hit 'Click to Subscribe'. Follow the instructions after that.)
TAGS
Bhagwant Mann AAP