Jaipur is the worst affected city where around 1,000 people have been found positive and four deaths have occurred.

JAIPUR: Despite efforts and claims of the Rajasthan Government, swine flu cases refuse to come down in Rajasthan where the total number of positive cases in 2019 exceeded the number of people tested positive during 2018. In 2018, the disease claimed 221 lives but in just a month of 2019 the death toll has gone up to 86. Rajasthan leads in Swine Flu deaths in the country with 42% deaths reported in India occurring in the state.

The reports of the state Health Department says that till February 4, total of 2,455 people have been tested positive for the influenza virus H1N1 in the state and 86 people died.

On Monday, the Bhilwara district reported 92 new cases and 1 death. January and February have been tough months for the Health Department for the few years. 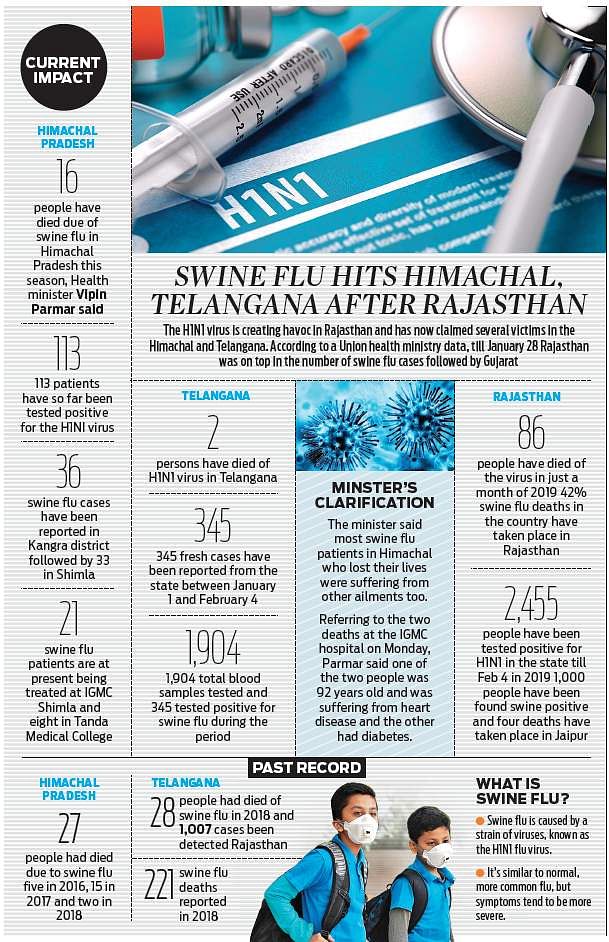 Stay up to date on all the latest Nation news with The New Indian Express App. Download now
(Get the news that matters from New Indian Express on WhatsApp. Click this link and hit 'Click to Subscribe'. Follow the instructions after that.)
TAGS
swine flu cases Swine flu