An Allahabad High Court order, which had mandated universities to make department-wise appointments last July, has resulted in massive loss of seats in the reserved categories

NEW DELHI: Following a ruckus in the Rajya Sabha over the change in reservation policy in faculty appointments in universities, the Centre on Wednesday said a review petition would be filed in the Supreme Court soon.

The House was adjourned for the day within six minutes of convening post-lunch break following noisy protests by the Samajwadi Party, Bahujan Samaj Party and the Rashtriya Janta Dal members over the reduction in faculty positions for SC/ST and OBC candidates following implementation of the 13-point roster system in universities. 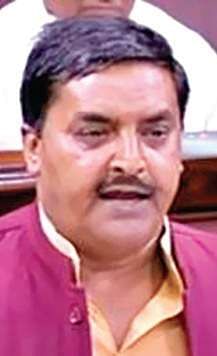 An Allahabad High Court order, which had mandated universities to make department-wise appointments last July, has resulted in massive loss of seats in the reserved categories. A petition challenging the HC ruling by the Union Human Resources Development Ministry in the apex court was recently dismissed.

As soon as the Upper House reassembled at 2 pm, the Opposition members raised slogans calling the BJP an “anti-Dalit” and “anti-reservation” party. “The government had assured that no new faculty will be hired till the old system is restored. But in the last few weeks, 11 universities have advertised vacancies, out of which only 10.5 per cent are for the reserved categories,” SP’s  Javed Ali Khan said. The reservation should’ve been 50 per cent, he said.

HRD Minister Prakash Javadekar, in a statement issued later, said the government was committed towards restoring the old mechanism of reservation and reiterated that even though the special leave petition filed by the government was rejected, the Centre is in the process of approaching the SC for a review.

Several political parties had strongly protested when a few weeks back, some universities had advertised for faculty positions as per the 13-point roster system which follows the department wise reservation policy.

HC order led to seat loss An Allahabad High Court order, which had mandated universities to make department-wise appointments last July, has resulted in massive loss of seats in the reserved categories