Ayodhya to get 5-highway ring

These projects will also include Ram Vangaman Marg and Ayodhya’s 84-Kosi Parikrama.

NEW DELHI: In what can be seen as the Narendra Modi government’s major Hindutva push ahead of the Lok Sabha elections, Union Transport Minister Nitin Gadkari will lay the foundation stones for five national highway projects in Ayodhya on Friday that will improve connectivity between the holy towns of Ayodhya, Prayagraj, Kashi (Varanasi) and Chitrakoot.

These projects will also include Ram Vangaman Marg and Ayodhya’s 84-Kosi Parikrama.The highways will have a combined length of 632 km while the total estimated cost of construction is Rs 7,195 crore a statement by the Ministry of Road Transport and Highways revealed.

The projects are aimed at providing better connectivity and facilities to tourists and pilgrims who come to these cities. These projects will also establish direct connectivity from Ayodhya to another important Vaishnavite pilgrim centre, Chitrakoot, where Lord Ram is said to have spent more than 11 years of his 14-year exile. 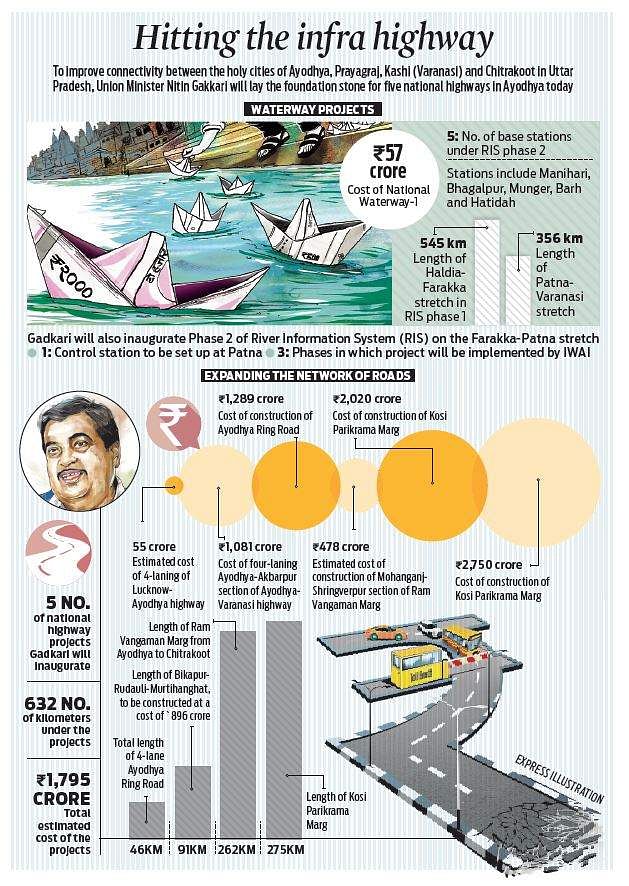 Stay up to date on all the latest Nation news with The New Indian Express App. Download now
(Get the news that matters from New Indian Express on WhatsApp. Click this link and hit 'Click to Subscribe'. Follow the instructions after that.)
TAGS
ayodhya 5 highway