'Is this how twitter India trying to fight misinformation just before the Indian elections? By blocking news stories and any and every mention of the cow,' tweeted the user.

Twitter India late on Thursday night blocked a user's tweets. Any guesses, why? She used the word cow and its emoji.

Interestingly, the same tweets are still available for American users. Sarah Salvadore, a New York-based data journalist, on Thursday night shared Amazon boss Jeff Bezos' article on extortion threats by the National enquirer with a few comments. She used the word holy cow in the share text on her Twitter account.

Her tweets, however, could not be viewed by many users in India. Taking to Facebook, Sarah posted screenshots demanding an explanation from Twitter India. "HOLY COW!!! Something interesting happened on my twitter feed. 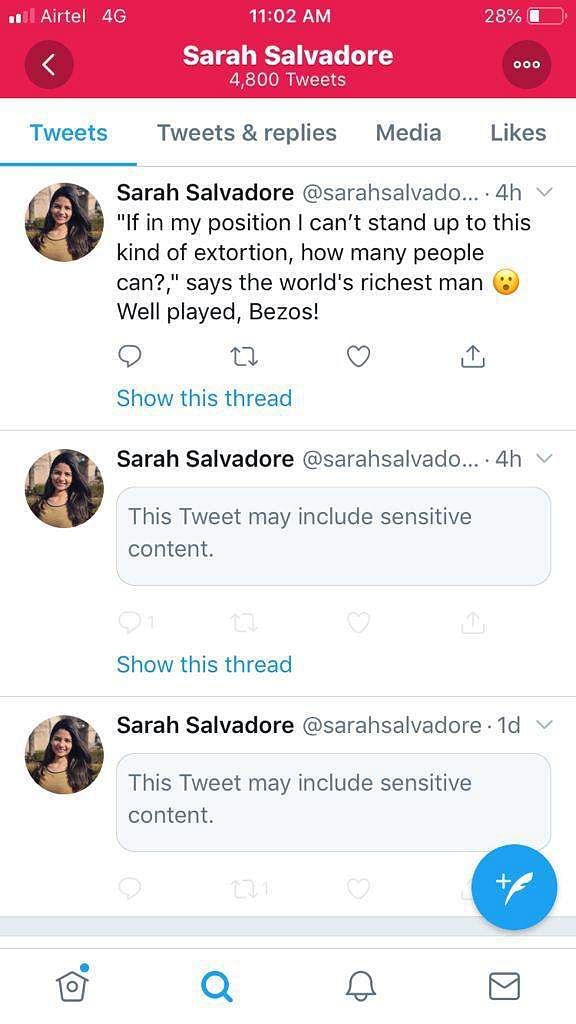 After the Jeff Bezos story broke, I tweeted the article, with some comments. Now, one can view them easily on my timeline here in the United States. But in India, my followers can’t see them, because they are blocked. Yes, twitter India BLOCKED/CENSORED my tweets!!! You know why? Because I used the word ‘cow’ and in some places inserted the emojis.

I asked some of my friends to send me more screenshots. Turns out they have blocked/censored most of my tweets,  which are basically news stories from India’s political landscape. Unbelievable!!!
Is this how twitter India trying to fight misinformation just before the Indian elections? By blocking news stories and any and every mention of the cow."

Speaking to Express, Sarah who is also a scholar of religion and conflict, at Seton Hall University says, "How does the algorithm of Twitter even work? My friends and family have sent me these screenshots of my timeline where my tweets seem to have been censored." Sarah was sent these snapshots by her friends and family residing in Mumbai and Hyderabad.

A 31-member parliamentary standing panel lead by BJP MP Anurag Thakur was recently tasked with examining several aspects related to Twitter's data security and privacy. We tried to contact Twitter India and are waiting for a response.