Relocating straying tiger safely into the wild in Madhya Pradesh

Twenty hours later, at an appropriate spot in the Bori range of Satpura, I captured the moment the tiger jumped out of the cage with a roar that sent a shiver down my spine.

SATPURA (MADHYA PRADESH): With the controversy over tigress Avni’s shooting by Maharashtra forest officials in November still fresh, a phone call from an official of the Satpura Tiger Reserve to capture on camera the relocation of a man-eater’s fully grown cub was too tempting to let go.

The tiger had earlier been trapped at the Sarni Thermal Power station in Madhya Pradesh and taken to Kanha for observation. After two months of monitoring, the tiger was ready to be set free into the wild.
Officials tranquilised the big cat and measured its vital statistics before loading it on to a truck for a 400-km ride.

Twenty hours later, at an appropriate spot in the Bori range of Satpura, I captured the moment the tiger jumped out of the cage with a roar that sent a shiver down my spine. 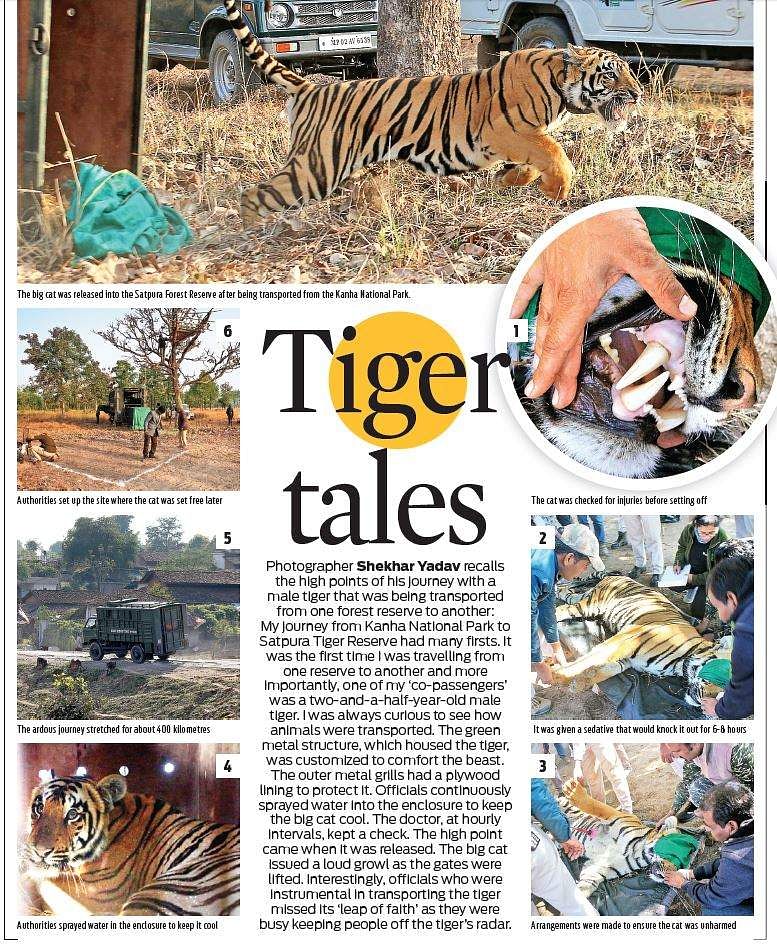