The education department has teamed up with the health department to implement the initiative.

Transfer of hundreds of cops by the Kamal Nath government since it came to power on December 17, 2018, has given fresh ammo to the BJP to train its guns on the Congress and state government but has also not gone down well with the police establishment. The talking point in Bhopal is the second transfer of 1986-batch IPS officer Sanjay Rana within 38 days. While the BJP has alleged that those enjoying confidence of ex-CM Digvijaya Singh are getting plum postings, some IPS officers are concerned over senior officers such as Rana being transferred. 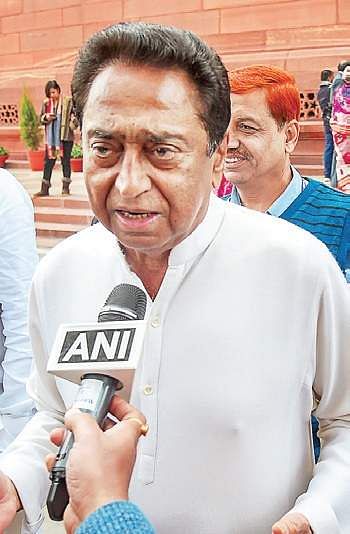 No hurdle can stop real talent from flourishing. A hearing and speech impaired 11-year-old badminton prodigy Gauranshi Sharma scripted an inspiring tale, winning a silver and bronze medal in the u-16 category of recent National Badminton Championship in Chennai. The Class VI shuttler from Bhopal’s Asha Niketan School won with her companion the doubles silver, before winning the individual bronze in the singles. Enthused by the double medal-winning feat, the Madhya Pradesh Badminton Academy player’s coach Rashmi Malviya, felt that aged just 11 and already among top four in the national ranking in her age group, Gauranshi holds immense promise for future.

Laxman Rekha to keep kids away from tobacco

Stepping up the vigil against sale of tobacco products within 100 yards of educational institutions, the school education department has issued directions to mark a ‘Laxman Rekha’ around schools, prohibiting vendors from setting up shop. As per Directorate of Public Instruction guidelines, a  yellow line will be drawn around schools and a 100-yard radius will be designated as ‘No Tobacco Zone.’ The education department has teamed up with the health department to implement the initiative.

Doctor who killed driver may have murdered wife

Dr Suresh Mantri, a 58-year-old government orthopedician who was arrested recently for brutally murdering his driver Veeru and chopping the body into pieces before immersing them in an acid drum is under the police scanner again for the mysterious death of his wife in April 2017. The police in adjoining Hoshangabad district say his wife had died under suspicious circumstances and her autopsy wasn’t conducted. “We’re also looking into the death of the wife to figure out if there was any foul play associated with that death,” a senior Hoshangabad district cop said.

'He groped and kissed me': Another nun accuses Bishop Franco Mulakkal of sexual abuse

Leo Varadkar resigns as PM amid crushing defeat in Ireland

This five-year-old Assam kid is a born marathoner