NEW DELHI: Even as the number of children being rescued under the National Child Labour Project (NCLP) has increased over the past three years, the number of persons prosecuted and convicted for employing children has gone down, data from the labour ministry shows.

West Bengal and Madhya Pradesh lead the list of states in terms of the number of children rescued.
Activists say the lax attitude of NCLP officials is responsible for the decline in prosecution and convictions. “When the NCLP and PENCIL were conceived, officials went all-out against the menace. With the passage of time, their action has diminished. We are seeing more children being rescued, but lesser convictions. Only when the culprits are brought to justice will child labour end,” an official of Save The Children said.

Ministry officials admit  “there have been some lapses”. “We are in the process of identifying and rectifying them. It is our priority to eradicate child labour. The right place of children is in schools, not in factories,” an official said. 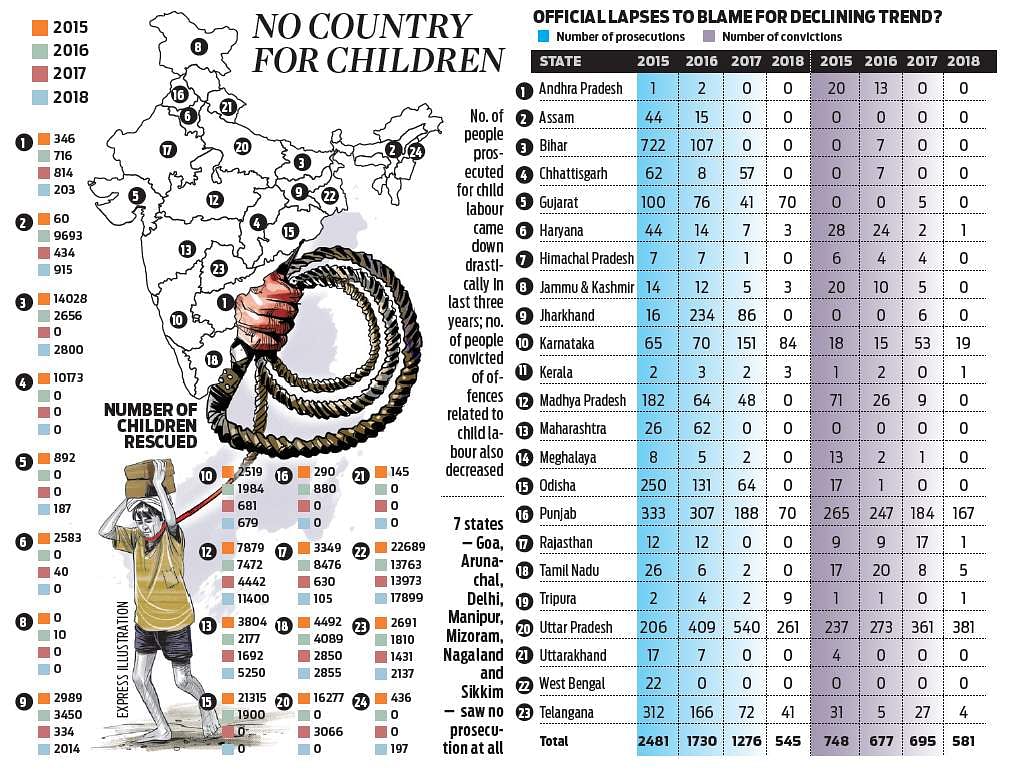 Stay up to date on all the latest Nation news with The New Indian Express App. Download now
(Get the news that matters from New Indian Express on WhatsApp. Click this link and hit 'Click to Subscribe'. Follow the instructions after that.)
TAGS
National Child Labour Project