There has been near daily cases of dog bites. From April 2017 to February 2018, 5,496 dog bite cases were reported in Srinagar.

No money for purchase of anti-rabies vaccines

Despite a steep rise in dog bite cases, no budget has been released to Government Medical College Srinagar for purchase of anti-rabies vaccines for 2018-19, officials said, while mere `20 lakh was released during the last fiscal, 2017-18. There has been near daily cases of dog bites. From April 2017 to February 2018, 5,496 dog bite cases were reported in Srinagar. People have been demanding that the growing canine population be controlled. 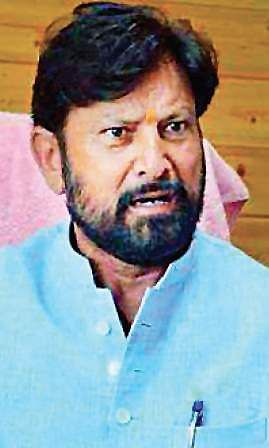 The National Health Mission (NHM) employees in Jammu and Kashmir have been on strike for over a month. They have been staging near daily protests in Srinagar and Jammu to press for their demands. On February 12, police used pepper gas to disperse the protesters who were planning to march to Raj Bhavan in Srinagar. The employees’ demands include proper regularisation policy, implementation of equal pay for equal work and social security benefits. Around 8,000 employees are working under NHM as doctors, paramedics and managerial staff. The strike has affected patient care in district and sub-district hospitals,  primary health centres and sub-centres.

The Jammu and Kashmir High Court has sought from the government the record on availability of dustbins with appropriate segregation of biodegradable and non-biodegradable wastes at parks. Hearing a Public Interest Litigation (PIL), a division bench comprising Chief Justice Gita Mittal and Justice Sanjeev Kumar directed the Governor Administration to inform the court about the solid waste management bylaws during the next hearing in the case on March 12. “It’s important that solid waste management bylaws are implemented to arrest solid waste pollution,” the court observed.

Former minister Lal Singh, who had come out in support of the accused in the rape and murder of a minor nomad girl in Kathua last year, has quit the BJP. Singh had formed his own party, Dogra Swabhiman Sangthan (DSS) in July last year, to fight for the cause of “Dogras of Jammu region”. He had initially said his party would be apolitical, but now he has converted it into a political party and has approached the Election Commission to get it registered. Singh said he would field candidates from both Lok Sabha seats in Jammu region.