Raje takes a holy dip at Kumbh in Prayagraj

Former Rajasthan CM Vasundhara Raje is in Prayagraj to attend the Kumbh. She also visited Acharya Mahamanda-leshwar Awdeshnandji’s camp. A section within the BJP holds the view that popular anger against Raje led to the party’s loss and that’s why she was made BJP’s national vice-president. Cutting Raje off from state politics would not harm the BJP’s prospects in national polls, they feel. That remains to be seen, for but now, Union minister Rajyavardhan Rathore’s frequent visits to Jaipur are keeping the rumour mills churning! 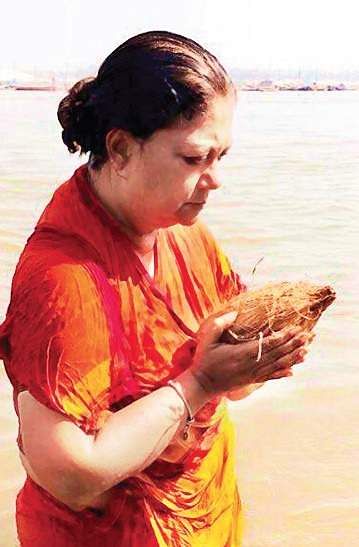 After Congress general secretary Priyanka Gandhi’s entry in mainstream politics, a Rajasthan Administrative Service officer is now in spotlight in the state. Dheeraj Srivastava, who had taken voluntary retirement, will be the personal secretary to Priyanka. Srivastava is said to be close to the Congress. His first posting was in Jodhpur, the hometown of CM Ashok Gehlot. When Gehlot first became CM in 1998, Srivastava was appointed his OSD. He was also in the PMO during Manmohan Singh’s government. He has also been OSD to Sonia Gandhi and has served at the Rajiv Gandhi Foundation in Delhi. It was Gehlot who brought Dheeraj close to the Gandhi family.

Deputy CM Sachin Pilot’s statement at a college function has raised eyebrows within the Congress circles in the state. Pilot said none of his family members will be fighting the Lok Sabha polls. “The party has given me an important post. If I lobby for tickets for my family members, what will the workers do? The opportunity should be given to the good,  hard-working people in the party,” he added. The statement is being seen as a veiled attack on CM Ashok Gehlot whose son Vaibhav Gehlot, it is being speculated, will contest the polls from Sawai Madhopur, Jodhpur or Jalore.