The wounds from the 2018 Bhima Koregaon violence are still fresh. The celebratory gathering to mark the 200th anniversary of the Battle of Bhima Koregaon consisted largely of Dalits. Protests by upper-caste groups led to an escalation of tensions, leaving one person dead and close to 30 policemen injured. The incident also resulted in the detention of over 300 people followed by a bandh called by Dalit groups in Maharashtra.

Although the battle -- in which a Peshwa force of about 2500 soldiers was defeated by 800 troops of the British East India Company including 500 Dalits -- is deeply imprinted in the consciousness of Dalits, especially from Maharashtra, few outside the state are aware of its significance. 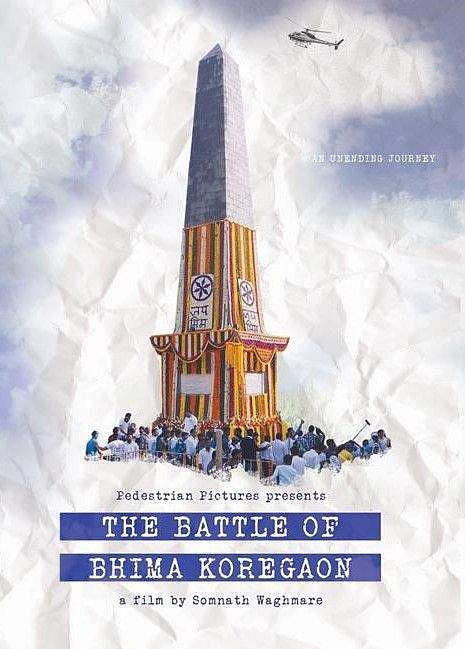 Somnath Waghmare, an MPhil student from the Tata Institute of Social Sciences (TISS), is aiming to change the narrative of Dalit victimization in mainstream films through his documentary on the battle which has made it to the first ever Dalit Film Festival to be held in the US. The festival is being organised by the Ambedkar International Mission.

In an exclusive chat with Express, Waghmare tells us why it is important to alter this narrative and how it can be achieved.

What prompted you to make a documentary on Bhima Koregaon?

I have been aware of the Bhima Koregaon celebration since my childhood and have attended the anniversary for the last seven years. One of the main reasons for the documentary is the ongoing trend of upper caste filmmakers producing movies which always glorify 'savarna' culture. Also, mainstream media, cinema and academia have blatantly ignored the history of Bhima Koregaon. I personally feel that the history of Bhima Koregaon is very important for the anti-caste movement.

The other reason is that all documentaries on Dalits till date have been made by dominant caste filmmakers, who have only showcased the narrative of victimization of Dalits. These films are nothing but a misrepresentation of Dalits, with most of them showing debates only from one school of thought, which is usually leftist. I intended to break this narrative. My documentary celebrates the lives of Dalits.

How do you feel about your work being showcased on a global platform?

I have been trying to send my film to festivals, but finances have always been a constraint. Sending a film or documentary to a festival is a costly affair, and I haven’t been able to gather that kind of money. But my documentary sharing the screen on a global stage with people I draw inspiration from in premier universities is a feeling I will cherish for a long time to come. I can't make it to the festival because I am occupied with a lot of academic work. But I am glad that the film has been selected.

What are the challenges you faced working on this subject, especially under the BJP government?

We need to understand that documentaries and cinema are a very expensive medium. I strongly feel that only those who are privileged, especially when it comes to their caste, are able to afford it. I come from a working-class family which has migrated back to a village near Kolhapur. I am one of the first persons not only from my family but also from my village who will be completing a PhD.

Lack of resources, proper equipment and funding have been some of the major challenges that I have faced. I used up all my earnings from FTII to invest in this documentary. If you notice carefully, half the film has no sound in it, since using a recorder demands money. I had to get four cameras on rent to finish this project. For post-production, I got the support of some Ambedkarites. My entire documentary was shot on a budget of Rs 1.5 lakh.

I was fortunate enough that the film got its due space on the web. The Roundtable India (about whom I was largely unaware) approached me, wrote about the documentary and made sure it was screened on various campuses. Now, it has reached a global platform where it will be screened this week sharing a stage with filmmakers like Pa Ranjith.

Because of Roundtable India and its network, the film has thankfully been receiving the appreciation that it deserves in several circles. This is why I decided to make the film public in October 2017. However, it got even more attention after violence struck in the following year.

I feel the current government is scared of such issues. The right-wing largely thinks that Dalits who fought the battle of Bhima Koregaon were ‘anti-nationals’ who teamed up with the British to defeat the Peshwas. This fight was for the dignity of the Dalits, which they celebrate now, and have the right to do. Mainstream filmmakers are not showing this social history. It’s crucial to understand the cultural politics and the role which cinema plays in it.

How do you think the narrative favouring the dominant castes can be changed in mainstream cinema?

It is quite difficult to achieve, honestly. It is only possible if people from various backgrounds come forward and are given the platform to narrate their stories without any blemishes and most importantly from their perspective. It's important that films on social realities are made. As SCs/STs make up a large section of the population, such films will engage the audience. Whether or not it will bring in any kind of cultural revolution is very difficult to say. Networking is very difficult and getting the right opportunities is yet another issue.

Do you think films on Dalit issues have evolved with time?

This issue is related to the caste system, which denies knowledge to Dalits, minorities and women (including Brahmin women). It only allows Brahmin males to acquire education and even impart knowledge, which is why only those who studied cinema and got the opportunity to acquire professional education were able to make these films. These people are neither Ambedkarites, nor do they know about the revolution brought by the Phules, and they are not even feminists.

Also, the films they made focusing on Dalits were from the Gandhian perspective. Be it Bandit Queen or Achut Kanya, these films were narrated from Gandhi’s Harijan point of view, where the Brahmin male becomes the hero, and the Dalit is victimized. Almost 90% of films are caste stories like in Marathi cinema for example. The outsider’s perspective is quite dominant.

Even filmmakers who came from the Left gave class the priority, not caste. Our films fail to touch upon the real issues, unlike Iranian cinema and African cinema. There is mere appropriation. Dalits are looked upon as subjects to research upon and make films on. We as filmmakers should get equal opportunities and resources.

We know that Dalits need more and more representation in mainstream cinema. What do you suggest to achieve this?

If the industry thinks that films which showcase the real issues of caste should be made, then Dalits must be encouraged and given the right platform to work on such subjects. As I have already mentioned, this is a very expensive medium to foray into.

You mentioned that victimization of Dalits in films like Bajirao Mastani sends out a wrong message. Could you shed some light on it?

The film denies the history of Bhima Koregaon and glorifies a particular empire. This is the style of most Hindi films in the current scenario where films are largely made on dominant castes. Take Manikarnika for example. These films are ignoring the history of other communities.

This question should also be posed to the so-called Left filmmakers who focus their works largely on the victimization of Dalits. Almost all films on manual scavenging, for instance, go on to show their struggles, but nobody wants to ever question how they ended up getting these jobs in the first place. All this is a result of the caste system, and filmmakers like Deepa Dhanraj and Anand Patwardhan who have made documentaries on the Dalit movement and HCU student Rohith Vemula ought to question their own privilege.

Who are the role models you draw inspiration from?

Marathi filmmaker Nagraj Manjule and Iranian filmmaker Abbas Kiarostami inspire me. Pa Ranjith’s works have also given me several lessons to learn from.

I am working on another documentary on Dr Gail Omvedt and Dr Bharat Patankar, who are two prominent anti-caste activist-intellectuals working against exploitative structures of our society. The promo of the documentary, work for which began eight months ago, has been released on YouTube. Almost 60 per cent of the work is over and I am hoping to complete the documentary by August this year as the project is crowdfunded. I am also trying to work on how caste affects urban spaces. It’s a work in progress.

Stay up to date on all the latest Nation news with The New Indian Express App. Download now
(Get the news that matters from New Indian Express on WhatsApp. Click this link and hit 'Click to Subscribe'. Follow the instructions after that.)
TAGS
Bhima Koregaon Somnath Waghmare Battle of Koregaon Maharashtra documentary