A tiger was finally spotted in the Palamu Tiger Reserve after ten months, officials have said.

Tiger spotted in Palamu Tiger Reserve
A tiger was finally spotted in the Palamu Tiger Reserve after ten months, officials have said. Officials claimed the tiger was spotted in the forests on the East Range of PTR’s ‘Chhipadohar’ on the intervening night of February 17- 18. Prolonged absence of tigers since April last year had been a cause of great concern for the officials of PTR and forest department as well. According to forest officials the trapping of the tiger in camera will prove to be a big shot in the arm for the PTR officials. 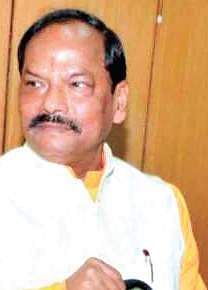 Leadership Award for Exemplary Services
Central Coalfields Limited (CCL) in Ranchi has been conferred with the “NCST leadership Award” for significant contribution to the field of promoting sports among Scheduled Tribe (ST) children in Jharkhand. The National Commission of Scheduled Tribes (NCST) presented its first Leadership Award to the company in the Public Sector Undertaking category for their innovative project of setting up a sports academy in collaboration with the Jharkhand government to promote sports talent from the community. The award was presented by Vice President M Venkaiah Naidu to CCL Chairman and Managing Director Gopal Singh during the first Foundation Day of NCST at National Media Centre in New Delhi.

‘Meethi Kranti’ launched in Jharkhand
In order to quadruple the income of farmers in the state by 2022, ‘Meethi Kranti’ (Sweet Revolution) was launched by Chief Minister Raghubar Das on Thursday. According to Das, Rs 100 crore has been approved so that a ‘sweet revolution’ could replace the widely successful ‘blue revolution’ in the state.  In the first phase, the government will give a unit of Rs 1 lakh to each of the 1,207 trained farmers for bee keeping, out of which, a grant of Rs 80,000 grant will be provided by the government, while Rs 20,000 will be paid by the beneficiary. “In this way, a farmer can earn Rs 1.3 lakh annually by investing just Rs 20,000. With sweet revolution we can quadruple the income of farmers by 2022,” said the Chief Minister.

Braille device nominated for PM Excellence Award
The country’s first self-teaching Braille device — Annie, introduced recently by the district administration in Ranchi among 24 students of the government blind school in Ranchi, has been nominated for the Prime Minister’s Excellence Award in the Public Administration for Innovation - General Category. The device, which provides assistance to the visually challenged children in reading, writing and typing, was developed by a Bengaluru-based start-up ‘Thinkbell’ Laboratories and was introduced here in July last year. According to an official communiqué issued by the District Administration, Annie will be deployed in every block. “It will not help them to learn better but can also help mentor them properly,” stated the communiqué.