The incident happened in Khargapur tehsil of Tikamgarh district (around 270 km from Bhopal) on Saturday.

BHOPAL: Unable to meet the demand for bribe by a tehsildar for the transfer of two pieces of land, a farmer tied his buffalo to the revenue department officer’s vehicle in Tikamgarh district of Madhya Pradesh.

The incident happened in Khargapur tehsil of Tikamgarh district (around 270 km from Bhopal) on Saturday. The 50-year-old farmer identified as Laxmi Yadav, a native of Devpur village said that two pieces of land were purchased in the name of his two daughter-in-law’s name.

He subsequently applied for transfer of land and other related formalities for which the tehsildar demanded Rs one lakh as bribe. Yadav managed to pay Rs 50,000 to the tehsildar for getting the pending work done, but the revenue department officer demanded Rs 50,000 more for it. 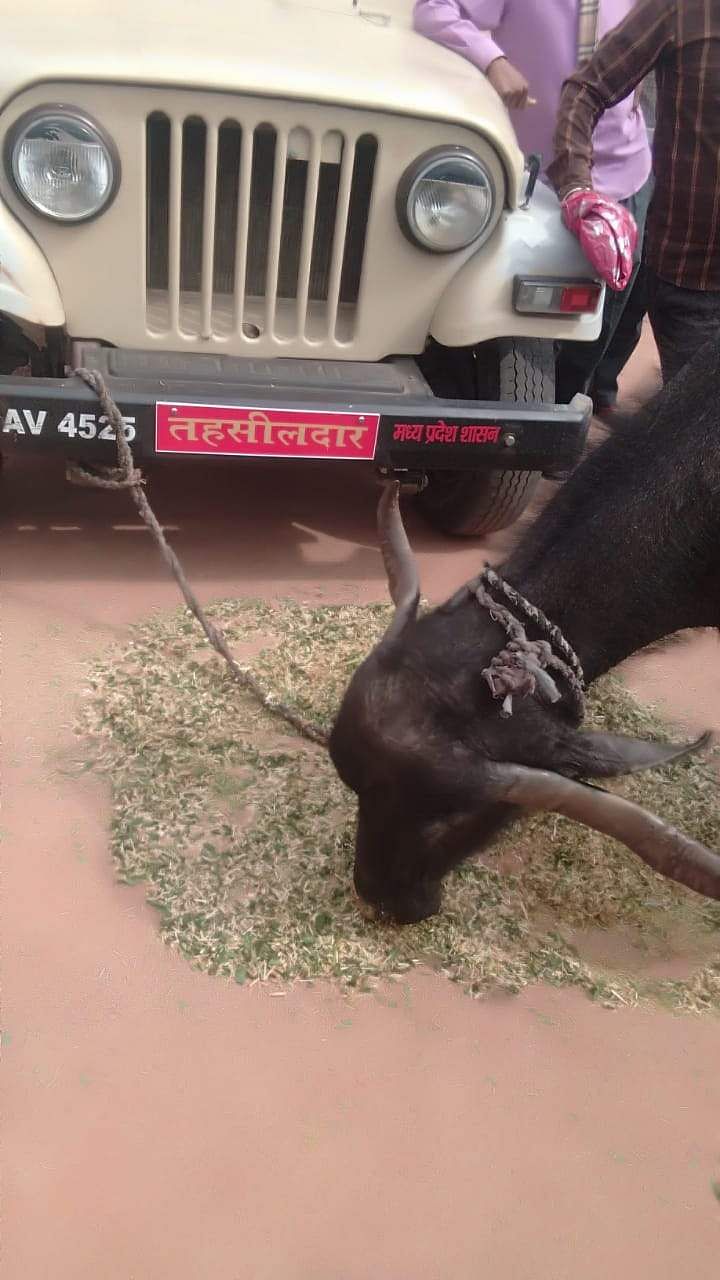 “As I didn’t have more money left, I had no other option left, but to tie my buffalo to his official vehicle,” alleged Yadav.

The Tikamgarh collector Saurav Kumar Suman said the incident has come to his knowledge, after which the SDM-Baldevgarh has been asked to probe the entire matter.

Strict action will be taken in the matter, if the farmer’s allegation of his work being kept deliberately pending and bribe being demanded are prima facie found true during the probe by the SDM.

Stay up to date on all the latest Nation news with The New Indian Express App. Download now
(Get the news that matters from New Indian Express on WhatsApp. Click this link and hit 'Click to Subscribe'. Follow the instructions after that.)
TAGS
buffalo bribe Bribery corruption farmers