Jharkhand Chief Minister Raghubar Das claimed the ‘double engine’ NDA governments — at the Centre and in the state — would hasten development.

RANCHI:  Prime Minister Narendra Modi launched a scathing attack on the Congress on Saturday, saying that despite being in power for decades, it had delayed crucial public welfare projects and ignored poor farmers of the country. The PM who was addressing a gathering at Palamu, some 180 kilometres west of state capital Ranchi after laying the foundation for the remaining works of North Koel Reservoir Project, said the Congress should be punished for keeping the project in abeyance for about half a century.

“The project was lying unattended to for the last 47 years and in doldrums for the last 25 years. Tell me, if this is not criminal negligence, what is?” the PM said, adding: “Is this not an act of treachery against farmers and honest taxpayers.” Modi approved the project and given Union Cabinet sanction to revive it in August 2017. A 24 MW power project planned as an adjunct was, however, scrapped. 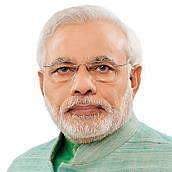 The North Koel Reservoir project was envisaged in 1972 for execution along the North Koel river — a tributary of the Sone — to irrigate 111,521 hectares and bring succour to the backward and drought-prone Palamau region in Jharkhand and Bihar. It stalled in 1993 due to objections by the Bihar Forest Department.

Jharkhand Chief Minister Raghubar Das claimed the ‘double engine’ NDA governments — at the Centre and in the state — would hasten development. “Construction would revolutionise the perennially-drought hit rural economy of Palamau and Garhwa districts,” he said.

Project fast-tracked
The North Koel Reservoir Project is being completed as per a memorandum of understanding (MoU) signed between Union Ministry of Water Resources, River Development and Ganga Rejuvenation Plan with Bihar and Jharkhand governments in January 2018.

A supplementary Memorandum of Agreement (MoA) was signed between Union Ministry of Water Resources, National Water Development Agency, NABARD with both states for funding under Long Term Irrigation Fund (LTIF) for the project

Stay up to date on all the latest Nation news with The New Indian Express App. Download now
TAGS
PM Modi Congress