Only 37 per cent of the target of planting trees along highways being realised. The number of saplings planted across the country has been dropping since 2016.

NEW DELHI: The government’s green highway project is lagging with only 37 per cent of the target of planting trees along highways being realised, according to data from the Ministry of Road Transport and Highways. Of the total target of 24 lakh plants, only 9.02 lakh have been planted so far.

Another concerning trend that emerges from the ministry’s work is that the number of saplings planted across the country has been dropping since 2016.  Three years ago, the total number of plants planted by government agencies was around 4 lakh while spending Rs 130.7 crore while private agencies contributed 2.43 lakh plants at a cost of Rs 46.92 crore.

Officials claim private agencies are not meeting targets. “Companies take the easy way out in undertaking CSR... No one does their work seriously. Once they start achieving their targets, the numbers will improve,” a ministry official said.

The National Highways Authority of India said, “There is a misconception a that 1 per cent of the total highway funds are earmarked for the green highway project. However, there is no such provision. So, once the firms learn about the additional expenditure, they try to avoid it.” 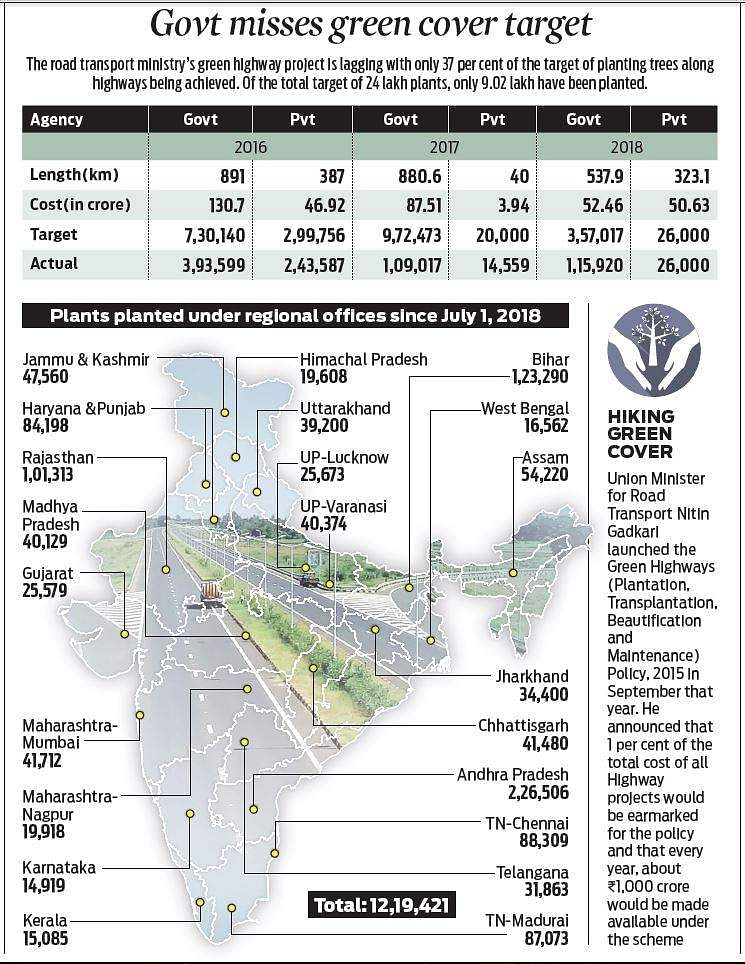 Stay up to date on all the latest Nation news with The New Indian Express App. Download now
TAGS
Green highway project