326 structures gutted in 2018
At least 326 structures were gutted in fire incidents in Srinagar in 2018.  According to official statistics, 326 structures including 73 shops, 14 shopping complexes, 12 commercial establishments, 13 vehicles and 63 electric transformers were damaged in different fire incidents last year. It states that three persons died and over two dozen people were injured in these fire incidents. The property damage runs into crores. Most fire incidents have occurred in congested downtown areas. Rire tenders face a tough time reaching these areas because of the congestion.

Advisory on use of gas heaters
After the death of five members of a family including two children in Bemina area of Srinagar city due to suffocation by use of gas heater during the night, the Doctors Association Kashmir (DAK) has issued an advisory against the use of unvented gas heaters in closed spaces. DAK President Dr Nisar ul Hassan, while issuing the advisory, said the use of unvented gas heaters in closed spaces could prove fatal. “The unvented gas heater is a commonly-used heating appliance during the winter to keep rooms warm particularly at night. It has no chimney or flue to vent out combustion by-products like carbon monoxide outside the home... The symptoms of which include tiredness, shortness of breath, headache, dizziness, nausea, confusion, and even death,” he said.

Air quality monitoring panel
Following the directions from the National Green Tribunal (NGT), the Governor administration in Jammu and Kashmir constituted the first-ever Air Quality Monitoring Committee in the state. The Committee will function under the overall supervision and coordination of the Administrative Secretary, Forests, Environment & Ecology Department. Its members include the Transport Commissioner; Director, Environment & Ecology; Director, Industries & Commerce; Director, Agriculture Production; Director, Urban Local Bodies; Member Secretary State Pollution Control Board. The committee has been authorized to prepare an action plan for control of air pollution in non-attainment cities in twin capitals of Jammu and Srinagar within two months. 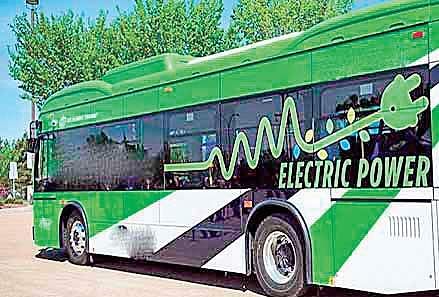 Fayaz wani
Our correspondent in Jammu and Kashmir
fayazwani123@gmail.com

Drones banned in Noida in view of CM Adityanath's visit