Motivating people to spend time with Indian Army to learn from their spirit, Sushant Singh Rajput took to his Instagram account to share a video where he can be seen trying his hands at combat trainin

NEW DELHI: Celebrities showered wishes on soldiers of the Indian Army on the occasion of the 71st Army Day on Tuesday.

Motivating people to spend time with Indian Army to learn from their spirit, Sushant Singh Rajput took to his Instagram account to share a video where he can be seen trying his hands at combat training.

"Spend at least one day, every six months with Indian Armed Forces and try to learn from the mindset of the Heroes and serve them with due respect in any way possible," he captioned the post.

Marking the occasion by remembering the soldiers who have died in the service, Anupam Kher shared a poster of 71st Indian Army Day and wrote, "Our flag does not fly because the wind moves it, it flies with the last breath of each soldier who died to protect it. Here is wishing the amazing Indian Army a very happy 71st Army Day. Thank you for your duty and sacrifices for us, civilians. Jai Hind." 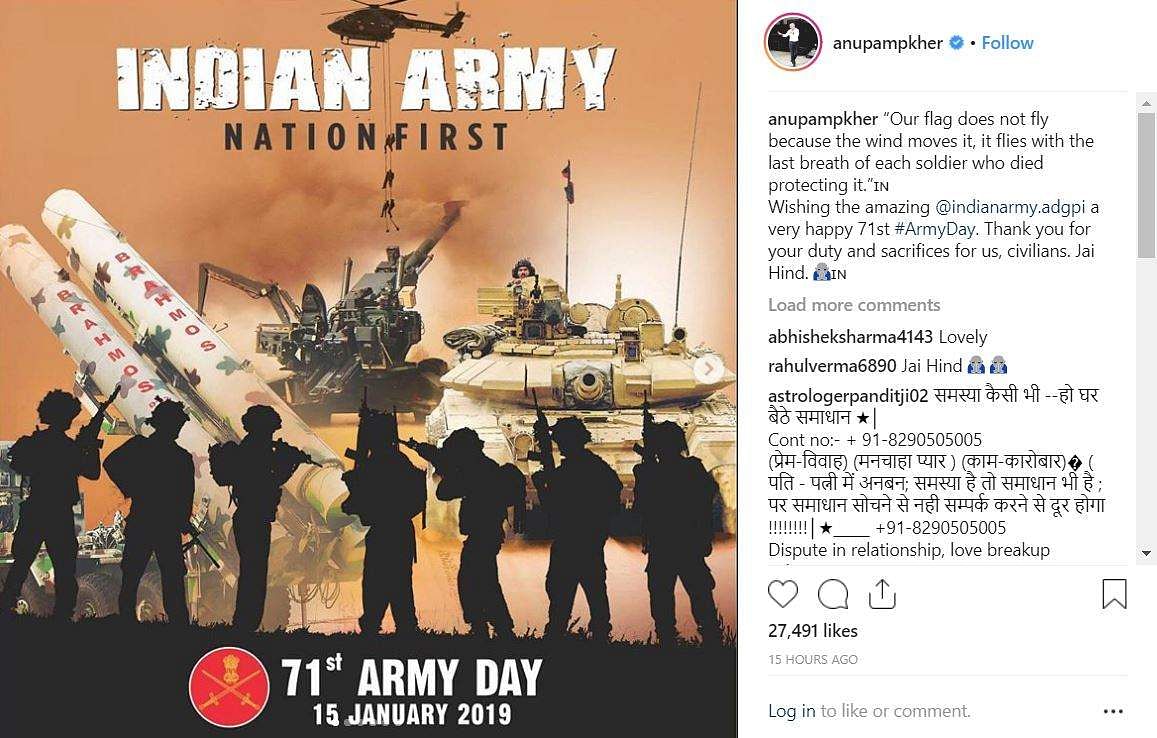 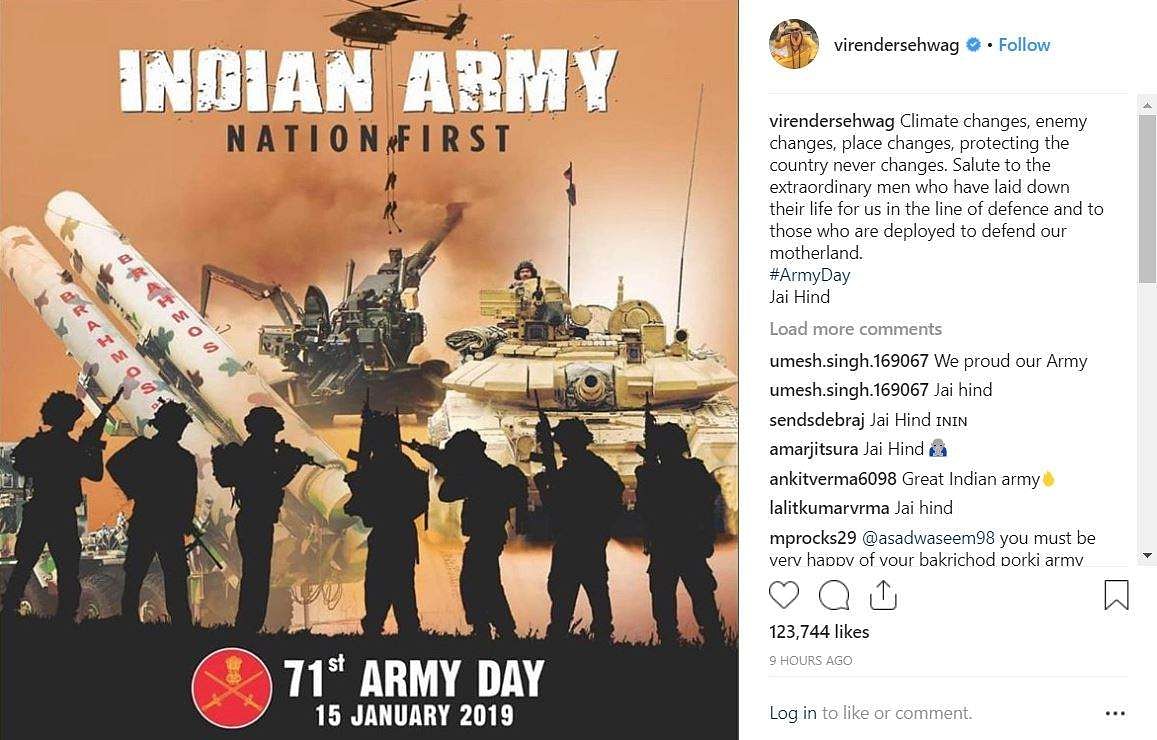 While other celebrities dedicated their posts directly to the Army, Richa Chadda marked the day by remembering her maternal grandfather who served as a freedom fighter before independence and a surgeon in the Indian army post it.

Posting a picture of her grandfather, Richa wrote, "It's world Army Day. This is my Nanaji. LT Col Dharamveer Prasad. He was a freedom fighter and then a surgeon in the Indian army post-independence. He fought all the wars till 1971 and even took a bullet in the leg in one. I miss him, he passed away in 2007." 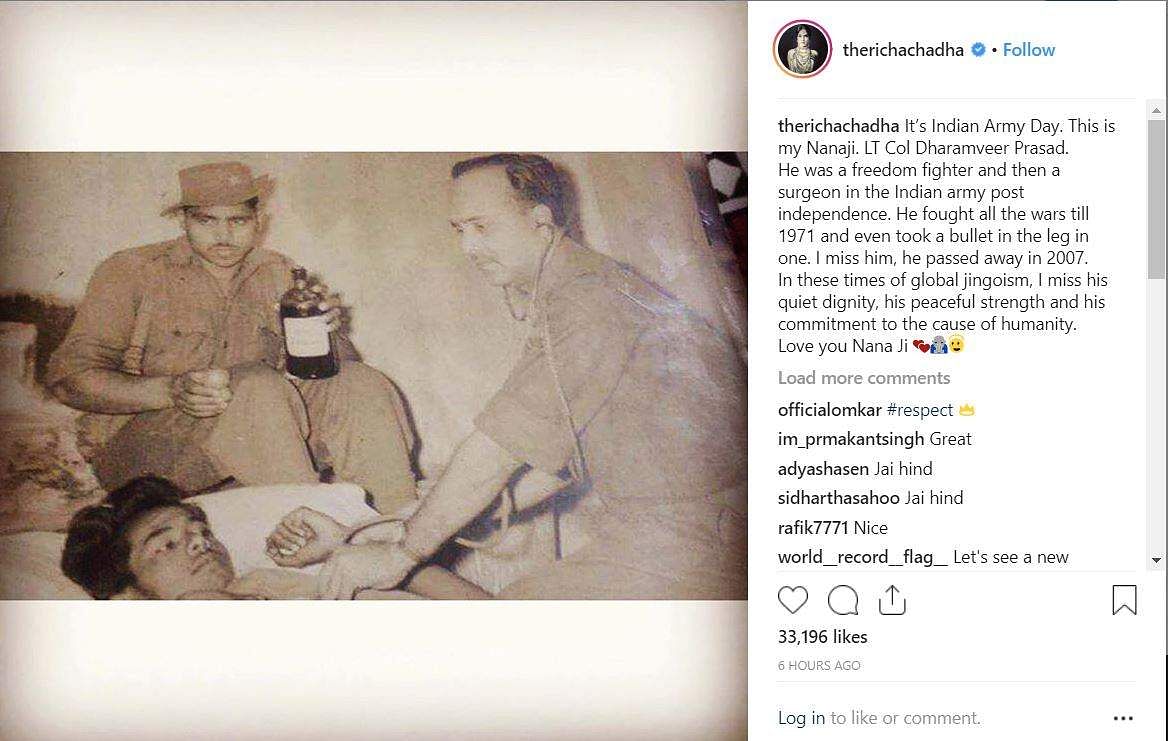 Touching upon the topic of "hypernationalism," Richa wrote, "In these times of hyper-nationalism, I miss his quiet dignity, his peaceful strength and his commitment to the cause of humanity."