The Rajendra Nagar (Patna)-New Delhi Rajdhani Express train has become the third train in the country to have a sanitary pad dispensing machine.

The Rajendra Nagar (Patna)-New Delhi Rajdhani Express train has become the third train in the country to have a sanitary pad dispensing machine. A pad costs just D5 on the train, and the service is becoming popular, said officials of Danapur division of East Central Railway (ECR). The vending machine is installed in the pantry car of the train and one has to insert a coin of D5 into it to receive a pad. 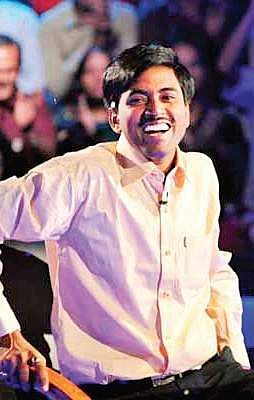 Earlier, such machines were installed in the Mumbai-New Delhi Rajdhani Express and the Hirakhand Express, which runs between Bhubaneswar and Jagdalpur in Chhattisgarh. The initiative is a part of the government’s efforts to promote and secure women’s wellbeing.

Households in the Bihar capital are set to get cooking gas through pipelines next month. Nearly 5,500 households in Patna are already connected to the piped cooking gas supply network, said Bihar’s deputy chief minister Sushil Kumar Modi. In the next three years, 50,000 more households in the city are going to be added to the Jagdishpur-Haldia and Bokaro-Dhamra pipeline projects. A 1.5-acre plot of land has been provided by the state government for setting up of a CNG station at Phulwarisharif on the outskirts of Patna. The state government now plans to amend the building bylaws to ensure installation of pipes for PNG during the construction of multi-storey apartment blocks.

For anyone in Patna having no car but wanting to drive in and around the city, a new rent-a-cab scheme is proving useful. The scheme, the first of its kind in Bihar, has been launched by Zoom Car India Private Limited (ZCIPL), a private firm that offers similar services in cities like Bengaluru and Kolkata. The service, which was flagged off by state transport minister Santosh Nirala and secretary Sanjay Kumar Agrawal, allows a person to book a car they want to drive for a few hours. Bookings are done through a mobile app, and the minimum cost is D70 an hour. ZCIPL currently has a fleet of 25 new cars .

Sushil Kumar, Bihar’s most famous Kaun Banega Crorepati (KBC) winner, has been selected as the State Election Commission’s brand ambassador for his home district of East Champaran. The 35-year-old teacher, who became a household name in Bihar after he won D5 crore in the fifth season of Sony TV’s popular game show in 2011, is excited. He had also served as a brand ambassador for Bihar’s 2015 Assembly polls and earned accolades for prompting the youth to cast their votes. “People who do not vote have no right to complain about deficiencies in public services,” said Kumar, a former computer operator who cleared a teacher’s eligibility test in September 2017.

Our correspondent in Bihar