The Jharkhand unit of the CRPF has been declared as the best provisioning sector while the Ranchi unit was chosen the best group centre during the annual provisioning conference of the para-military force at New Delhi. The CRPF organises the provisioning conference every year in which the performance of its units is assessed on various parameters including budget utilisation, financial management and equipping the field battalion.  The CRPF units were also awarded trophies under various categories. CRPF inspector general Sanjay Lathekar received the trophy from DG CRPF Rajiv Rai Bhatnagar during the function.

Women farmers on trip to Israel 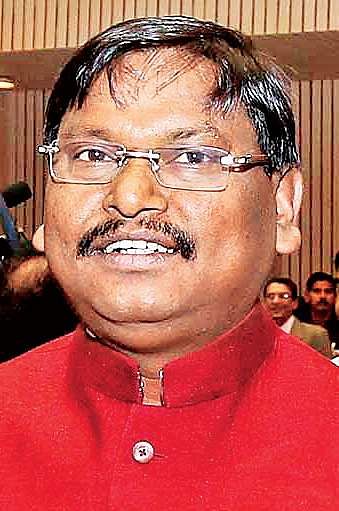 Over 20 women farmers from all over the state were sent to Israel on a five day trip on Sunday to learn the latest techniques used by farmers in the country for getting maximum produce by using minimum resources.  This is for the first time in the history of Jharkhand that such a tour has been organised by the Government of Jharkhand to nurture the skills of women farmers. The women farmers will study and gather inputs about advance farming practices during their trip and are supposed to apply them here to increase their produce. The move comes as BJP goverments in various states and at the Centre are gearing up for the Lok Sabha polls. Farmers issues are a key issue in these elections.

A strike of para-teachers was finally called off on Thursday after the third round of talks which took place between the high level committee formed by Chief Minister Raghubar Das headed by School Education and Literacy Minister Neera Yadav and delegates of Ekikrit Para Shikshak Sangh. Notably, all the 67,000 para-teachers were on strike for the last two months drawing primary education in the state to a standstill. The para teachers agreed to call off the strike following assurance by the state government to decide on regularisation of their service and hike honorarium within 3 months.

Arjun Munda voted state archery body president
Former Chief Minister Arjun Munda has been appointed as the working president of the Jharkhand Archery Association (JAA). The affiliated districts and clubs of the JAA unanimously approved the name of the former chief minister during the Executive Committee meeting convened at the conference hall of the JRD Tata Sports Complex in Jamshedpur. The meeting was chaired by JAA senior vice-president Bailey Bodhanwala. Accepting the responsibilities Munda said, “I am glad with the new responsibility given to me by members. It was a unanimous decision. I will try my level best to take archery forward in Jharkhand.”