Horses might not be allowed during the Republic Day parade in Bhopal after another horse came down with the Glanders disease, making it the tenth in the city in the last one month.

After Leader of Opposition Gopal Bhargava, who predicted short life of the Kamal Nath government a few days back, saying the ministers will be out of their bungalows before the painting of those bungalows is completed, a former cabinet minister said that an astrologer at the ongoing Kumbh Mela at Prayagraj has said that the Congress government will not last long. 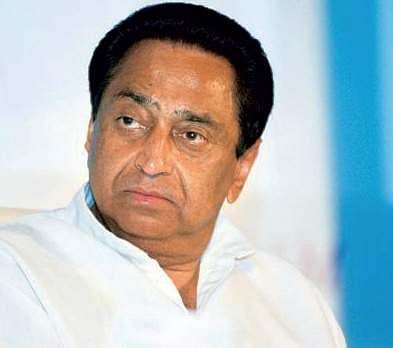 “Recently some of us visited the Kumbh Mela, where an astrologer after gazing through the planetary combinations in the horoscope of Congress and the new government, based on the time when the new CM was sworn in on December 17, predicted that the government won’t last long,” Bhargava told journalists at state BJP HQ in Bhopal on Friday. Mocking at Bhargava’s latest statement, the Congress’ media in-charge in MP, Shobha Oza, said the BJP leaders are unable to digest that they are out of power after 15 years, which is why they are making such laughable statements.

With Lok Sabha polls less than three months away, the state Congress will go on a 41-day Kisan Vijay Rath Yatra from January 23. The Yatra will cover the entire state, including Bhopal. The Yatra aims at reaching out to farmers to apprise them about the farm loan waiver scheme launched by CM Kamal Nath in Bhopal on January 15. Ministers, MLAs and Kisan Congress leaders will address rallies at various places during the Yatra. The R50,000 crore farm loan waiver scheme, which was one of the mainstays of the Congress Vachan Patra (manifesto for recent assembly polls) is likely to benefit 55 lakh farmers, who have taken short term farm loans up to R2 lakh from nationalised, cooperative and regional rural banks.

Bhopal’s little librarian to be feted at Hyderabad lit fest

Muskan, the 12-year-old girl who has been running ‘Bal Pustakalaya’ (a library for children) in a small slum cluster amid the major government buildings in Bhopal, will be felicitated at Hyderabad Literary Festival on January 25. In 2016, Muskan, opened a small library in the slum with just 25 books given by the State Education Board. Later, more books were provided to the library by the Rajya Shiksha Kendra. She has been conferred with the prestigious Women Transforming India Award 2016 by the NITI Ayog, Princess Diana Award 2017 UK and the Sushikhsa Award 2017.

Horses to give Republic Day parade a miss

Horses might not be allowed during the Republic Day parade in Bhopal after another horse came down with the Glanders disease, making it the tenth in the city in the last one month. With the disease infecting the horses, donkeys and mules, and also putting human lives at risk, the horses might not be allowed at the R-Day parade in Bhopal, official sources said. According to sources in the state animal husbandry department, as many as ten confirmed cases of contagious Glanders disease have been reported among horses in Bhopal since May 2018, following which the entry, exit and movement of horses, donkeys and mules has been restricted in the capital.