The 12th edition of the Jaipur Literature Festival is set to be held on January 24-28, at the Diggi Palace, Jaipur.

Join Shashi Tharoor as he discusses his #Tharoorisms in conversation with Mihir Sharma. Or meet Venkatraman ‘Venki’ Ramakrishnan, the structural biologist, who was one of the Noble Prize awardees in Chemistry in 2009, as he discusses ‘The Role of Science in Today’s World’ with a poetry recitation by British poet Ruth Padel. Or listen to actor Manisha Koirala talk about her journey of being a cancer survivor  in her book, Healed: How Cancer Gave Me a New Life. 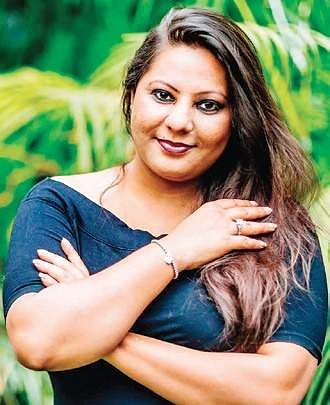 If all this sounds like a heavy dose of science, then head to the For Abba, With Love rendezvous with Shabana Azmi where she will speak about her ‘abba’, father Kaifi Azmi and his poetry. If you are a Gulzar fan, then take tips from the father-daughter duo of Gulzar and Meghna Gulzar about how they work together as creative professionals. Or, you could join the discussion Eleven Gods and a Billion Indians, with sports writer Boria Majumder, as he reveals interesting facts about the Indian cricket team. This year, JLF has curated an eclectic line-up of nearly 300 writers, speakers from India, and across the globe.
“Every year, we try to increase the length and breadth of the programme, and this year, we have everything from arts and intelligence to genetics,” informs festival producer, Sanjoy K Roy. He adds, “We have a broad-based to give the knowledge JLF is known for.”

In line with the organisers’ — Namita Gokhale, William Dalrymple and Sanjoy’s ideas — the inaugural session, Imagining Our Worlds, will also feature a talk by Venki Ramakrishnan, the biologist and Nobel laureate.

The biologist hopes to discuss some pertinent topics related to science in the evolving digital age. He offers, “Science and innovation have generated huge wealth, and are the reason we live twice as long as a century ago. I will talk about how, in an era of fake news and all sorts of irrational beliefs that can be harmful, science is more important than ever, because it is evidence-based.”

The other session that Venki will be a part of is the Gene Machine and the Culture of Science. He will be in conversation with Priyamvada ‘Priya’ Natarajan, who is a professor of astronomy and physics at Yale University and is the author of Mapping the Heavens: The Radical Scientific Ideas That Reveal The Cosmos. This session will focus on Venki’s book and why he wanted to chronicle his journey.

While sessions on genetics, climate change and bees might be among the biggest draws, the other diametrically opposite yet engaging discussions are about gastronomical and culinary evolution. One of these sessions, ‘Feast’, will be helmed by Claudia Roden. The 83-year-old British cookbook writer, best known as an authority on Middle Eastern cuisine, having penned books like A Book of Middle Eastern Food (1968, which is still in print) and The Food of Spain will be in conversation with Sir Roy Colin Strong, an English art historian, museum curator, writer, broadcaster and landscape designer.

Other subjects that will be highlighted at JLF this edition are writing on mental health, and the evolution of different forms of storytelling. Although Indians are gradually opening up to discussions on mental health, the literature on it is still inadequate.
The 12th edition of the Jaipur Literature Festival is set to be held on January 24-28, at the Diggi Palace, Jaipur.

Stay up to date on all the latest Nation news with The New Indian Express App. Download now
TAGS
Jaipur Literature Festival