A safe haven for sex-workers' children: Welcome to Chilla shelter home in Kerala

Established in the year 2000 by Anil A or Chilla Anil as he's been dubbed since, the organisation is a haven for the children of sex workers, HIV orphans and children-in-conflict with the law.

The dictionary might disagree but Chilla is not simply 'a home' for its children, for those who have found their way there, it is home. Established in the year 2000 by Anil A or Chilla Anil as he's been dubbed since, the organisation is a haven for the children of sex workers, HIV orphans and children-in-conflict with the law. Quite simply, the aim is to give the children a life free of stigma and the chance to reconnect with their mothers. Currently, Chilla is home to 17 children and acts as an emergency support system for the children of sex workers in and around Trivandrum. We spoke to Anil about the journey behind creating this 'roosting place' for these children. Excerpts:

Chilla is a programme for children. Initially, we simply wanted to create a safe space for the children of sex workers. It was in the year 2000 that we actively began admitting children and offering them a place to live. These children stay with us and each of them have been admitted to government schools in the area. Our oldest child is doing her final year in B Tech and the youngest is in the 4th standard. There are 17 children in total.

What does the programme aim to do for the children?

Our first priority for the children is to impart education to them. Once a child is a part of the organisation, we aim to cater to their every need. If one of them is depressed, which is often the case, we make sure that we support them with psychiatric care, make sure that they are happy and free. They are all good students. The younger children often struggle more because they need to adapt to this new way of life. So we take care to make sure that they feel at home right from the beginning.

How has the programme been able to stay true to this aim?

We had just 5 children when we started out. We try to make sure that we don't admit more than 20 to ensure that they get the maximum care that we can give them. We also received a lot of support from the outside. Initially, we worked with students forums within Kerala and created the institution in close association with them. Later the Children's Welfare Committee (CWC) extended their support and we worked with them along with a series of well-wishers.

Could you describe the process through which you reach out to them?

The first step for the child once they are within the organisation is to provide them with adequate care and affection. They need to know that there are people in this world who love them. They need a lively and kind atmosphere to take the first step towards changing the course of their lives. Only then will their confidence catch up and we can help them become better people with fully formed personalities. Ours is a community that has managed to make it past stigma and discrimination, it's just a matter of people seeing it. Even in their schools, they do not experience discrimination because teachers realise the need to ensure that they are not treated differently. What they need is to belong and we ensure that they have a support system around them that realises this and acts accordingly. 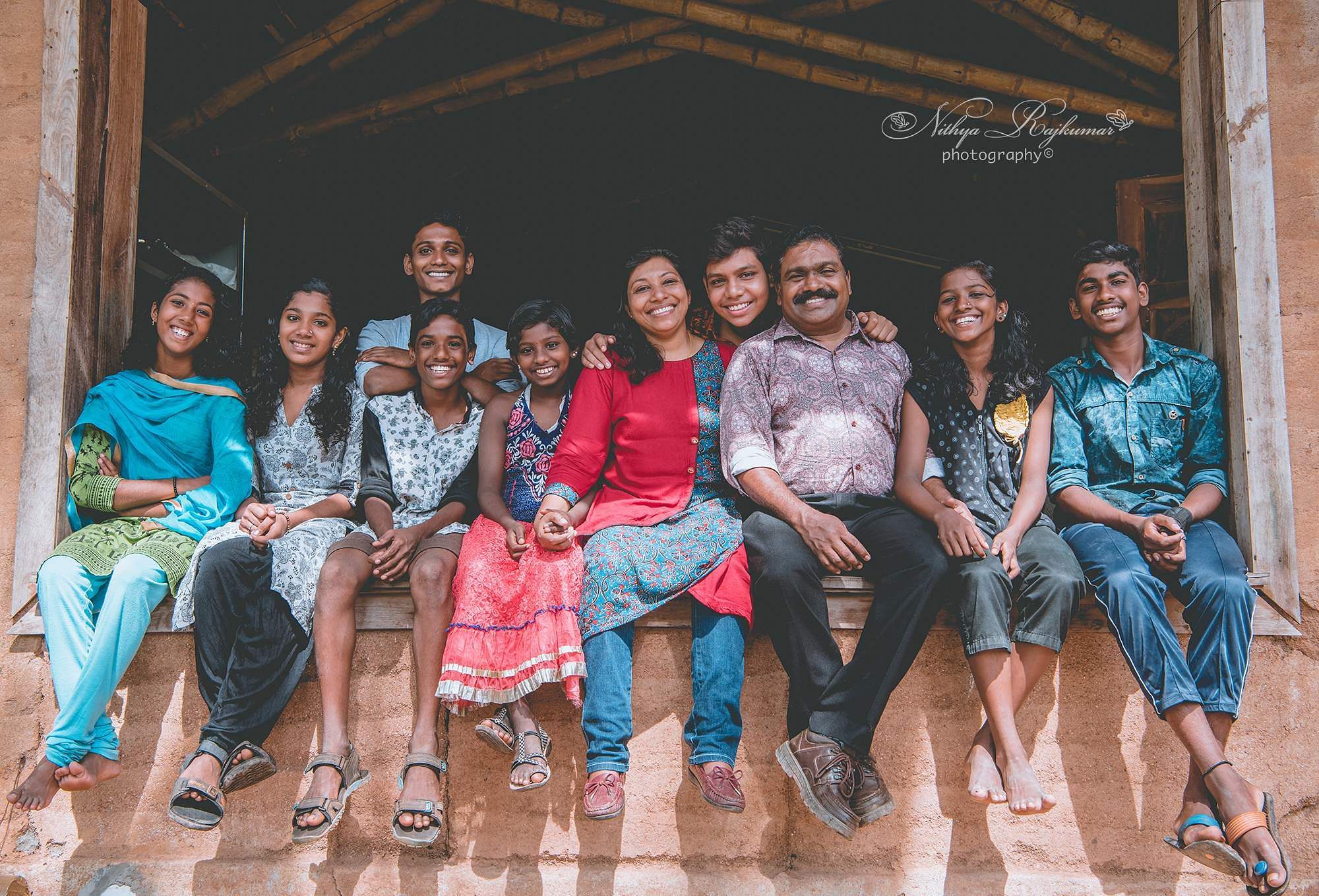 What do they struggle with the most?

All these children struggle with their identities. A lot of stigma surrounds them from the moment they enter this world. There's very little we can do to change that from the outside. But we make sure that we teach them about who they are and how important their role in this world is. We make sure that they understand their own value. And once they are ready, we hope that the child is able to overcome the stigma on his/her own. We encourage them to learn over time that they played no part in creating this stigma that the people around them view them by. People discriminate, nature doesn't. They need to see this for themselves.

What is your aim for these children as they reenter the outside world?

After staying with us for a few years, we really see them beginning to realise their own worth and value. Once they have lived with us, if people treat these children in a wrong way because of their past, the child should be able to look at them in the face and say 'You cannot treat me differently because of my background.' This is the confidence that we want to build in them. They are assets and they need to learn this.