Forget the jobs problem in the unorganised and private sectors. Vacancies have spiraled even in the Central government worsening the employment situation in the country.

NEW DELHI: Forget the jobs problem in the unorganised and private sectors. Vacancies have spiralled even in the Central government worsening the employment situation in the country.

While there are 78,653 vacancies in the revenue department, 1,87,054 posts remain unfilled in the Defence (civilian) sector. Of the sanctioned 38,02,779 Union government posts, only 31,18,956 positions were filled as on March 2018, data from the Finance Ministry’s Department of Expenditure show.

The government has said the vacancies were due to retirements, deaths, etc. and that the posts will be filled as per recruitment rules. Improving the jobs situation is among Modi 2.0’s top priorities, with a new Cabinet panel on employment formed.

Early this year, Railway ministry announced that there would be about 2.50 lakh fresh vacancies in Indian railways soon. The ministry also claimed that the process for 1.50 lakh vacancies was underway.

Similarly, the Ministry of Home affairs is another main employer with the number of sanctioned posts 10,20,631 against which 9,48,266 positions are occupied and remaining 72,365 posts are lying vacant.

Vacancies at different posts in Defence (civilian) is also remarkable as against total 5,85,476 sanctioned posts nearly 3,98,422 posts are occupied resulting into vacancies at 1,87,054 posts.

Similarly, the department of revenue is also among those government sectors where there is a lot of vacant posts as on March 2018. The vacancy at different levels is significant given a large number of cases of financial frauds and massive work of tax departments including Direct and Indirect tax.

The vacancies include Grade A, B and C posts and both gazetted and non-gazetted positions. Officials said that the filling up of vacant posts is a continuous process depending on the vacancies arising across the government ministries during the year.

Department of Personnel and Training has issued instructions for timely convening of Departmental Promotion Committee meetings and to ensure that approved select panels are ready on the date of commencement of the vacancy year.

Addressing the employment scenario is one of the government’s top priorities.

Ministries have been advised for reporting vacancy position with respect to Direct Recruitment posts to the recruitment agencies concerned. 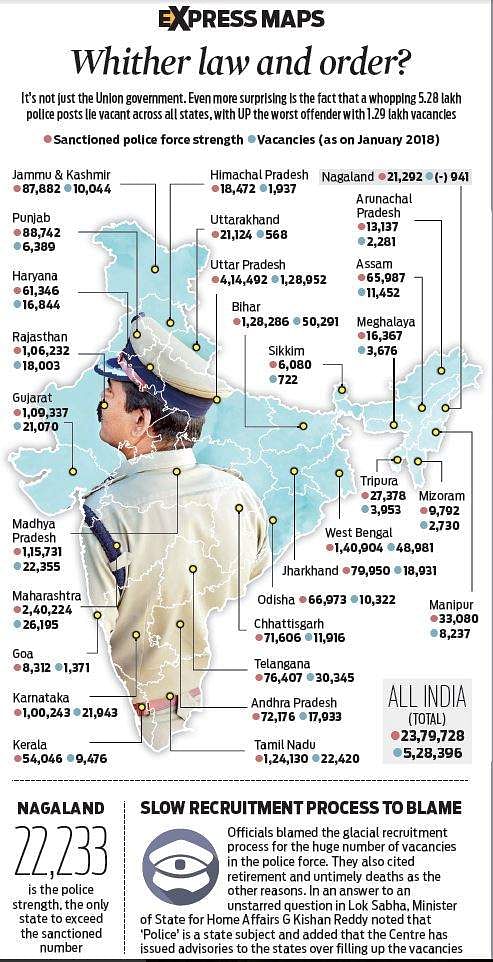 Drones banned in Noida in view of CM Adityanath's visit