This year, the number of Chinese transgressions have considerably reduced, so has the faceoffs, aggressive interactions during such instances.

NEW DELHI: India and China have reduced their presence on the Doklam plateau post the disengagement in 2017, but the India Army is monitoring Chinese activities in the area and is adequately prepared to respond to any contingency, the Defence Ministry said in a report.

In its annual report 2018-19, the ministry also said that Pakistan should take "credible and irreversible" steps to stop supporting terrorists and terror groups operating from territories under its control and dismantle infrastructure operated by them.

It said India will continue to take "robust and decisive" steps to ensure its national security.

Following the disengagement on August 28, 2017, after a 72-day standoff at Doklam, Indian and Chinese troops were redeployed away from their respective positions.

This year, the number of Chinese transgressions have considerably reduced, so has the faceoffs, aggressive interactions during such instances.

"(But) the Indian Army is continuously monitoring Chinese activities in the area and is adequately prepared to respond to any contingency," the defence ministry report said.

It noted that the situation along the India-China border has remained peaceful.

There are a few areas along the border where there are differing perceptions of the Line of Actual Control.

Both sides patrol up to their respective perceptions of LAC, it added.

The standoff at Charding-Ninglung Nallah (CNN) junction in eastern Ladakh due to construction of a benign track and the constant rasing of construction of a temporary operating base in Arunachal Pradesh by India were the only two instances where there was a major difference of opinion between the two sides. 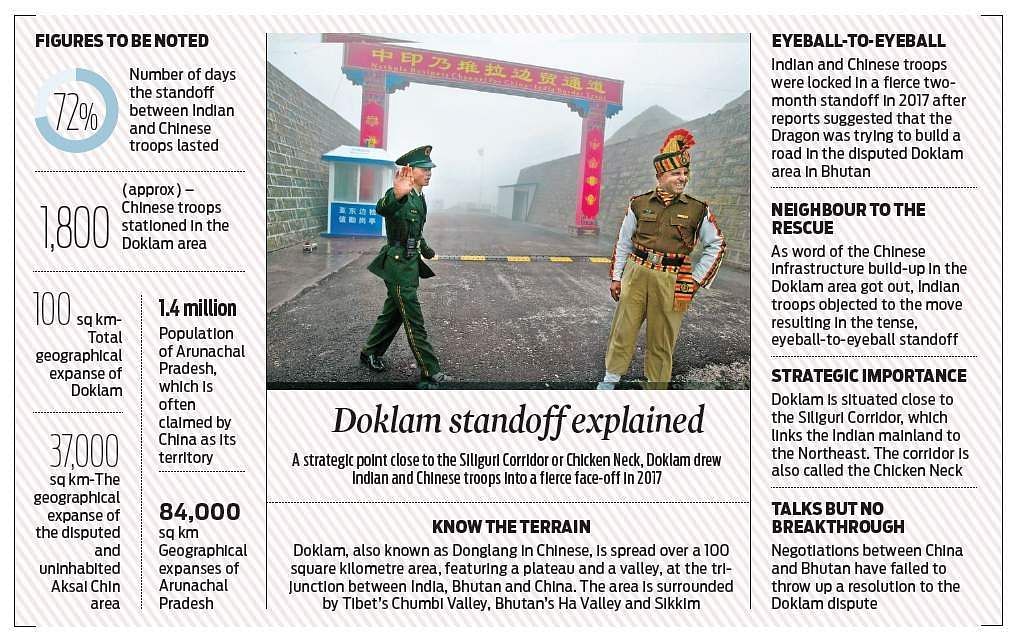 "Compared to last year, the number of transgressions this year have considerably reduced. Concomitantly, the percentage of faceoffs/aggressive interactions during these transgressions has also reduced this year.

"Post Wuhan Summit, there has been an increase in the number of flag meetings. This may be attributed to intent of resolving outstanding issues through discussions at various levels," the report said.

In 2018, Prime Minister Narendra Modi and Chinese President Xi Jinping had an "informal" summit meeting in central China's Wuhan city where they decided that peace and tranquillity will be maintained at the border.

Following the meeting, both governments have issued strategic guidance to their armies.