NEW DELHI: Head of Congress social media wing Divya Spandana's Twitter account seems to have been deactivated as search for her handle returned without any result.

Earlier on Saturday, her twitter account did not display any tweets and her Twitter bio also did not mention her as head of social media. There is also ambiguity on whether she is still part of the social media team.

There is no official confirmation from either the Indian National Congress party or Spandana herself. Word is out that Spandana has parted ways from the team, according to a source. 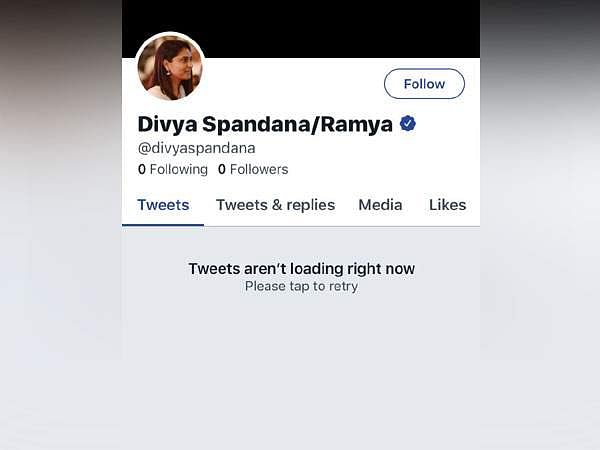 However, she has refuted the claim and said, "Your source is wrong." The Congress media department declined any comment on Spandana's account deleted or deactivated.

Spandana has been credited with a turnaround of the Congress party's social media presence. BJP has a robust media cell and a strong online presence.

Congress was routed in the recent general elections with BJP-led NDA storming into power at the Centre.

After the drubbing, the Congress had officially announced that their leaders or members will not participate in discussions or television debates for at least a month.

Now we are on Telegram too. Follow us for updates
TAGS
Divya Spandana Congress social media Ramya