NEW DELHI: Union Minister for Jal Shakti Gajendra Singh Shekhawat on Wednesday hailed the Swachh Bharat Mission (SBM), saying it was instrumental in reducing groundwater contamination. Speaking after releasing two separate studies on the SBM, he said, “The World Health Organization (WHO) 2018 study had estimated that the Swachh Bharat Mission will save over 3 lakh lives by the time India is declared Open Defecation Free (ODF). The Mission will continue to positively impact people’s lives for a long time to come.”

The two studies, commissioned by the UNICEF and the Bill and Melinda Gates Foundation, were aimed at assessing the environmental impact and communication footprint of the SBM (Grameen).

Union Minister for Environment and Forests Prakash Javadekar highlighted the significance of launching these studies on the World Environment Day.

“The United Nations, aware that the protection and improvement of the human environment is a major issue designated June 5 as World Environment Day. It is only fitting that UNICEF has chosen this day to release its findings on the positive impact the Swachh Bharat Mission,” he said. 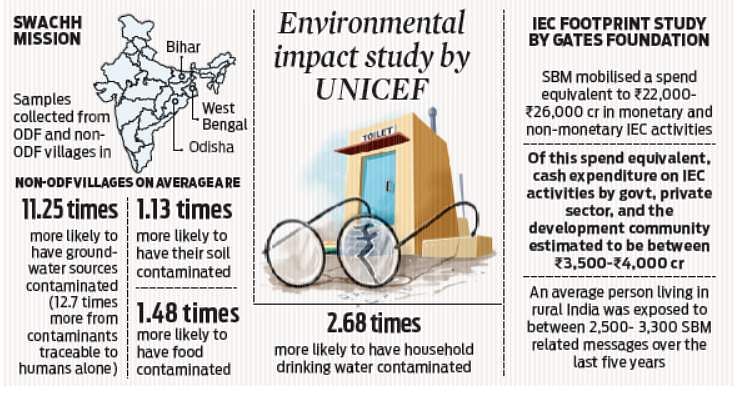