KOLKATA/PATNA : West Bengal Chief Minister Mamata Banerjee met poll strategist and Nitish Kumar led JD-U’s national vice president Prashant Kishor at ‘Nabanna’— the state secretariat for over two hours, Thursday, sending political suspicions soaring yet again and raising a furore within the JD(U) —an ally of the NDA —in Patna. Kishor was brought to the meeting by Mamata’s nephew Abhishek Banerjee to discuss strategy for Trinamool ahead of the 2021 Assembly poll in the face of heavy losses in seats to the BJP in the just-concluded Lok Sabha elections. 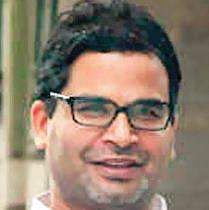 The poll saw Trinamool being reduced to 22 seats from the 34 it held in 2014 and BJP clinching 18. Sources said, Mamata felt she had failed to showcase her development work and that the traditional form of street politics-popular in Bengal till some time back- is no longer going to be effective.

The Trinamool review of the results have also pointed out that the BJP won all 18 seats by a margin of 1% or less and as such professional expertise of a political strategist was required to highlight the governments success in carrying out welfare schemes for the people and map the strategy before the next contest, besides plotting an alternative campaign style.

Asked why a member of the NDA was roped in, Trinamool leaders said, the party recognised Kishor’s acumen in plotting the success of Narendra Modi to return to power in Gujarat in 2011 through his organization ‘Ctizens for Accountable Governance’, which also helped map Modi’s successful bid for prime ministership in 2014.

Kishor’s help to pitchfork Punjab Chief Minister Capt Amarinder Singh to power in 2016 after two successive losses and his advice to Nitish Kumar to align with Rashtriya Janata Dal  in 2015 to make a successful return, besides helping Jaganmohan Reddy sweep Andhra Pradesh this year, was what impressed Mamata.

Now we are on Telegram too. Follow us for updates
TAGS
Prashant Kishor Mamata Banerjee West Bengal Nitish Kumar