Ujjain MP Firojiya questioned how the vehicles were rendered to the family when they were not entitled.

BHOPAL:  A recent visit to Ujjain temples by Madhya Pradesh Chief Minister Kamal Nath’s relatives sparked controversy when BJP MP Anil Firojiya on Thursday questioned the VIP facilities provided to them. On Tuesday, the CM’s nephew, niece and nephew’s wife travelled from an airstrip to the temples, offering prayers, in a fleet of six cars including an ambulance.

Ujjain MP Firojiya questioned how the vehicles were rendered to the family when they were not entitled.“We want to know from the Ujjain district administration and police, under which rule were the CM’s relatives provided the security and pilot vehicles (including police) as well as an ambulance as part of the six-strong motorcade. Which rule permits for such facilities for them, when they are neither ministers nor public representatives?” asked the MP. He asked if the VIP facilities were provided under “CM’s pressure”. 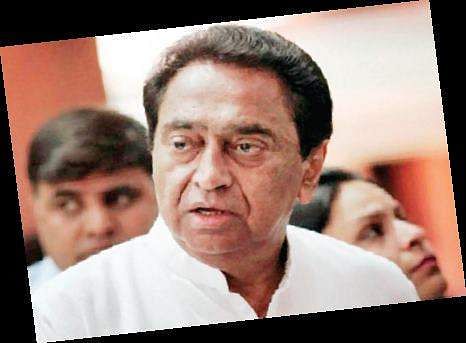 State Congress spokesperson Pankaj Chaturvedi responded by calling Firojiya’s views, a “misconception”. “I don’t think anyone was given any special or VIP facility. But if the local administration decided to give them some degree of security, I don’t see a problem in it,” he said.

District collector Shashank Mishra said, “Whatever services they got were rendered to them on payment basis. As per standard norms, occupants of any private plane that lands at the Ujjain airstrip have for it at standard rating.” Receipts of the payments for the security and medical facilities are in the records,” he added.

Vijayvargiya’s son booked over protest
Politics over unscheduled power cuts continues in MP. BJP MLA from Indore Akash Vijayvargiya, who is the son of BJP national general secretary Kailash Vijay-vargiya, has been booked along with 40 supporters for protesting over the issue in Indore’s heart Rajwada without permission on Tuesday. No on-duty policeman tried to stop the protests. Four sub-inspectors of MG Road, Pandrinath and Sarafa police stations were attached to district police lines while the city SP (Sarafa) was served show cause notice by DIG R V Mishra.

Now we are on Telegram too. Follow us for updates
TAGS
Kamal Nath Madhya Pradesh CM