Three, including two students, killed in fire at private school in Faridabad

At Dabua Colony, local residents helped five fire tenders in their operation to control the fire from spreading further to nearby buildings.

NEW DELHI: Two children were among three people killed in a massive fire that broke out at a private school in Faridabad's Dabua Colony on Saturday.

The children and their mother were rushed to a nearby hospital where they died. The victims were unable to come out of the house as they were severely injured. This turned out to be fatal as they were soon surrounded by dense smoke and got suffocated.

READ MORE | In view of Surat tragedy, NCPCR to approach Centre to come up with coaching centre rules

There were reports stating that the fire spread to the convent school from a cloth godown located at the ground floor. The toll could have been higher had not the A.N.D. Convent School been closed for summer recess. 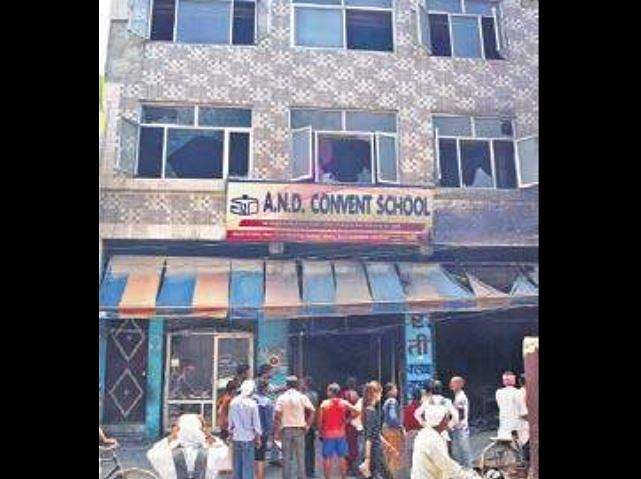 The tragedy revived the memories of the May 24 inferno at a coaching centre in Surat that claimed 22 lives, mostly students. Subsequently, the Delhi government had ordered inspections and banned those coaching centres which were found operating above the fourth floor.

At Dabua Colony, local residents helped five fire tenders in their operation to control the fire from spreading further to nearby buildings.

“The fire engines are here. The situation is now under control. We’ll ascertain the cause of the fire,” a policeman told a news agency.

The cause of the massive fire was yet to be ascertained till the report came in the evening.
“Too many fire tragedies happening all over the country. What are the authorities doing when fire safety standards are floated in every premises,” a resident posted on micro-blogging site Twitter. With agency inputs.