While 7 lives were lost in the mishap and 33 others were injured, a retired chief engineer, an executive engineer and an assistant engineer were arrested.

MUMBAI: In a written reply to a question in state assembly, Maharashtra Chief Minister Devendra Fadnavis on Tuesday refuted claims that DD Desai, the company that was found to be at fault in the 'Kasab' bridge collapse incident, was given new contracts for bridge repairs.

The CM also reiterated that of the 29 bridges in the city that are in a dilapidated condition, eight have already been demolished, 13 have been closed for traffic while work is on in eight of them. 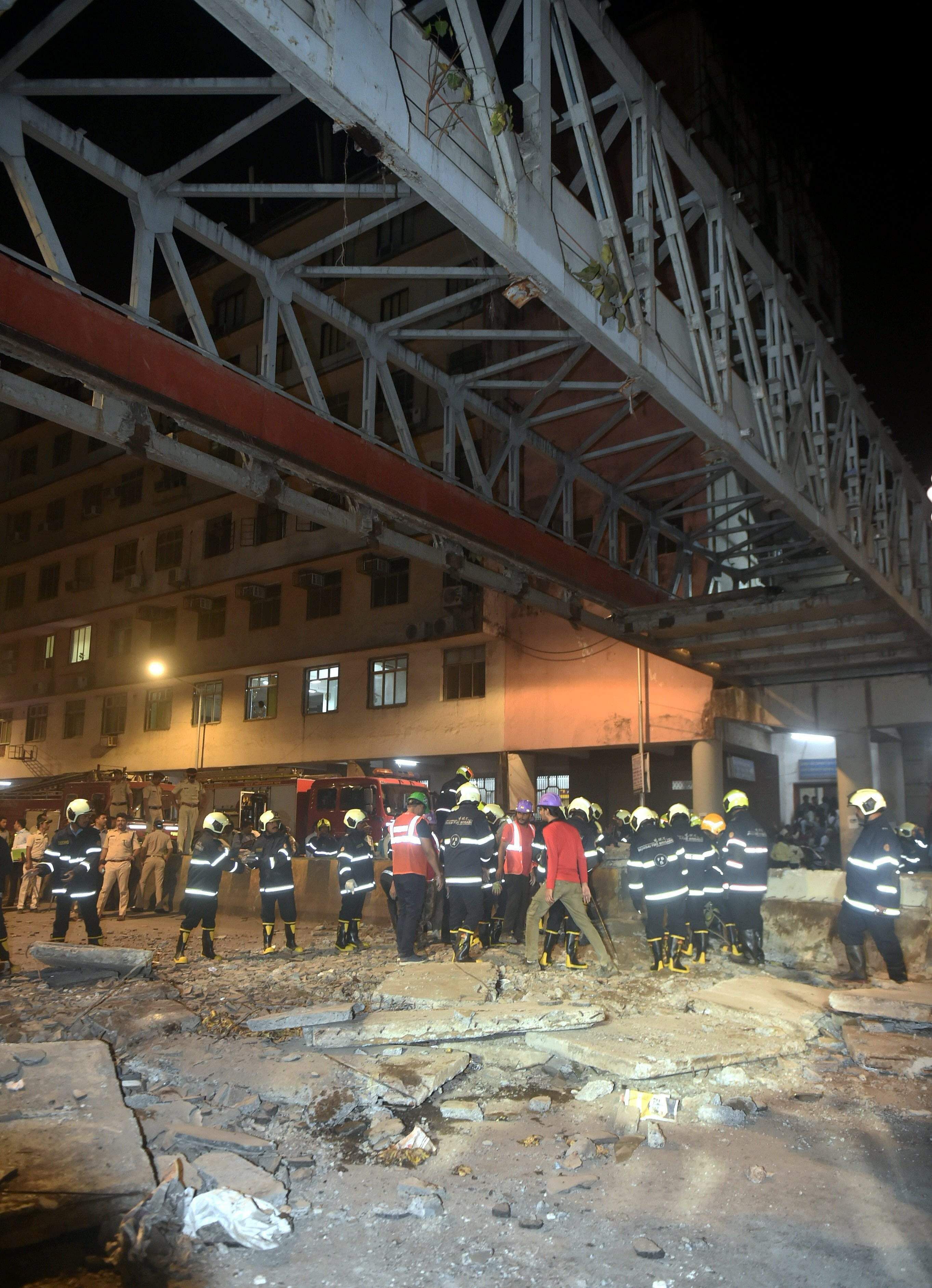 The foot-overbridge near Chhatrapati Shivaji Maharaj Terminus, which was known as the Himalaya Bridge, had collapsed on March 14 just days after the corporation received structural audit report that had declared it fit.

While 7 lives were lost in the mishap and 33 others were injured, a retired chief engineer, an executive engineer and an assistant engineer were arrested.